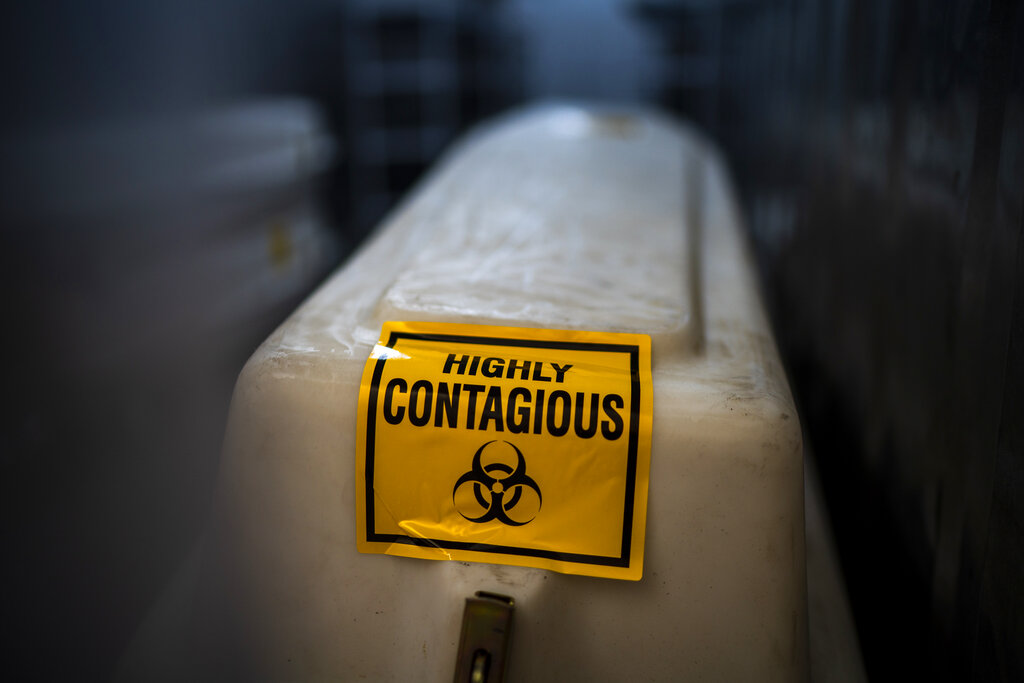 A sealed coffin containing the remains of a COVID-19 victim is stored in a refrigerated container in Johannesburg, Tuesday, Feb. 2, 2021. (Photo: AP)

The head of the Africa Centers for Disease Control and Prevention says the COVID-19 case fatality rate on the continent “is becoming very troubling” as it creeps ever higher than the global one.

John Nkengasong told reporters that the fatality rate on the 54-nation continent is now 2.6% while the global one is 2.2%.

Twenty African countries including South Africa, Sudan and Congo have rates higher than the global average as a resurgence of cases in parts of the continent has a far deadlier toll than the initial wave of infections last year.

Africa’s confirmed deaths in the pandemic are approaching 100,000, with more than 3.6 million cases overall.

Nkengasong says “it would be a tragedy if we begin to normalize these deaths.”

As COVID-19 vaccines finally begin to arrive on the continent, he says 16 countries have put in requests for a total of 114 million doses of the 670 million doses the African Union has secured from various sources.

Nkengasong did not name the countries but said “we hope in the next two to three weeks they should be having their vaccines.”