The Africa Centers for Disease Control and Prevention through the African Vaccine Acquisition Task Team has secured provisional 270 million vaccine doses for African countries, with at least 50 million being available for April to June 2021. 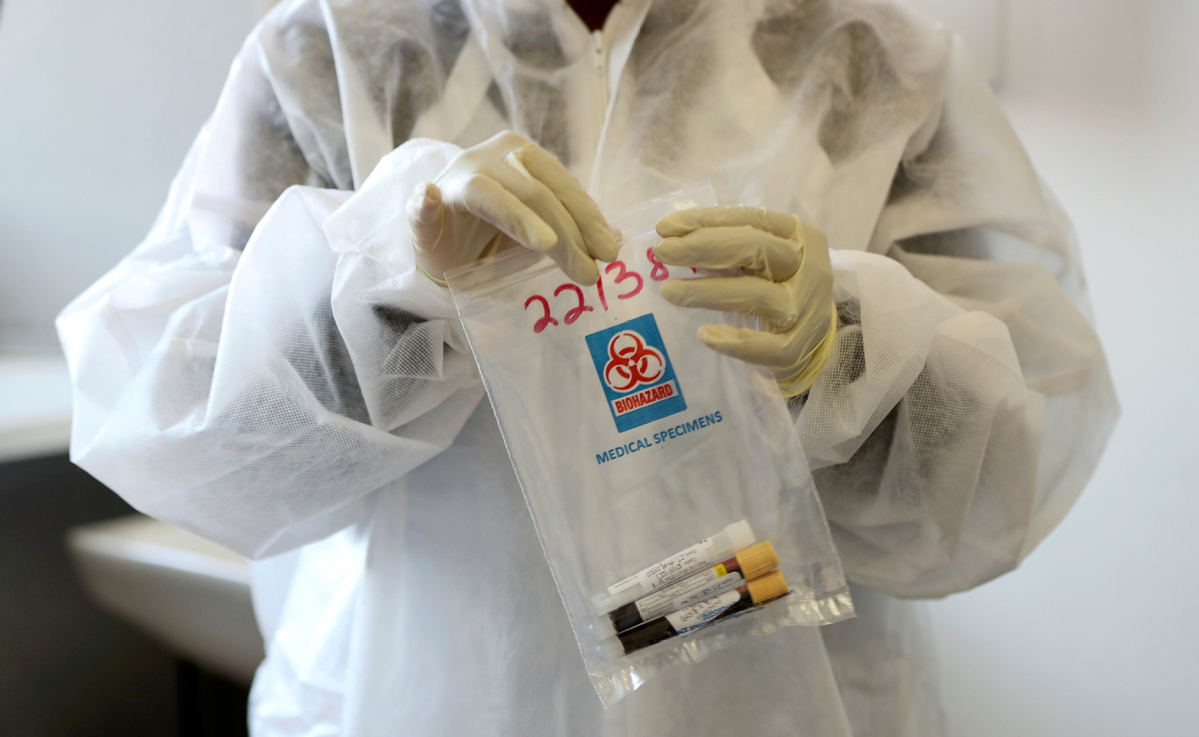 A health worker holds a COVID-19 sample collection kit of a vaccine trials' volunteer, after they were tested for the coronavirus disease and take part in the country's human clinical trial for potential vaccines at the Wits RHI Shandukani Research Centre in Johannesburg, South Africa, August 27, 2020. (Photo: Agencies)

Making the announcement on Wednesday to a special meeting of the AU Bureau of the Assembly, the task team said the vaccines will be supplied by Pfizer and AstraZeneca through an independent licensee Serum Institute of India and Johnson & Johnson.

These efforts complement the COVAX facility, a World Health Organization and Gavi Vaccine Alliance initiative to help low- and middle-income countries secure access to vaccines on a fair and equitable basis.

Cyril Ramaphosa, the president of South Africa and the chairperson of the African Union, said arrangements have been made with Afreximbank to support member states who want to access the vaccines based on a whole-of-Africa approach.

He said Afreximbank will, upon receipt of firm orders from member states, provide advance procurement commitment guarantees of up to $2 billion to the manufacturers on behalf of member states.

Upon delivery of the vaccines, Ramaphosa said member states may pay using their internal resources or access an installment payment facility of up to five years offered by Afreximbank.

He said there is also close collaboration between the AU team and the World Bank to ensure that member states are able to access about $5 billion either to buy more vaccines or pay for delivery of vaccines committed on their behalf by Afreximbank.

"I wish to commend the members of the Africa Vaccine Acquisition Task Team, Afreximbank, Africa CDC and all those who have been working tirelessly to secure these vaccines for the people of Africa. There is a long road ahead, but as Africa we are now seeing progress in our shared effort to defeat this disease," Ramaphosa said.

While the COVAX initiative is vital to Africa's response, the African Union has been concerned that its volumes to be released between February and June may not extend beyond the needs of front line health care workers, and may thus not be enough to contain the ever-increasing toll of the pandemic in Africa.

Additionally, the target of 600 million doses from COVAX will cover only about 300 million people across the African continent, which is only about 20 percent of the population.

The Africa CDC is targeting at least 60 percent of the population to substantially slow the spread of the disease.

The African Vaccine Acquisition Task Team, a 10-member team drawn from across the continent, was established in August 2020 to ensure that the African continent would be able to secure sufficient vaccine doses to achieve herd immunity.