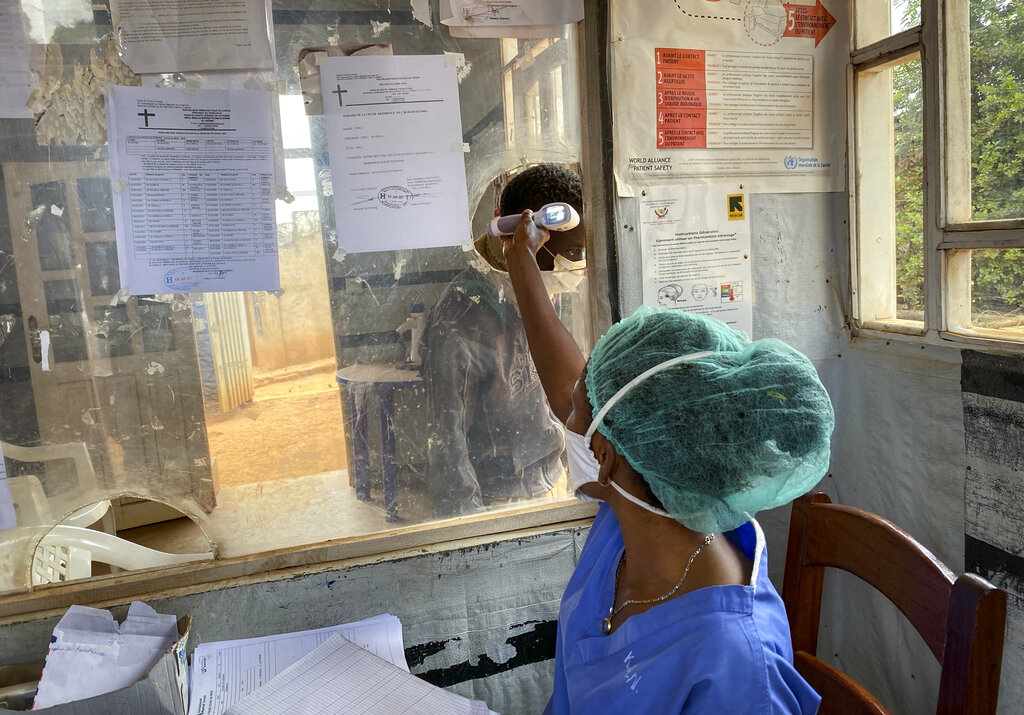 A medical worker checks a person's temperature at the Matanda Hospital in Butembo, where the first case of Ebola died, in the North Kivu province of Congo, Thursday, Feb. 11, 2021. (Photo: AP)

The Africa CDC, the African Union (AU) Commission's specialized healthcare agency, said late Sunday that the AU Commission is ready "to offer the comprehensive support of all AU organs."

Guinea announced the new Ebola outbreak on Sunday in Gouecke, a sub-prefecture in its Nzerekore Prefecture.

The Africa CDC said it is closely monitoring the situation and will continue to mobilize its expertise and resources to support the response.

It will call for an emergency meeting of experts to better coordinate emergency responses in Guinea and in neighboring countries across the region, in collaboration with the West African Health Organization, Africa CDC said in a statement.

There have also been fresh cases of Ebola in the Democratic Republic of Congo in its North Kivu province.