WORLD Africa deaths above 1,000, including Nigerian chief of staff

Africa deaths above 1,000, including Nigerian chief of staff 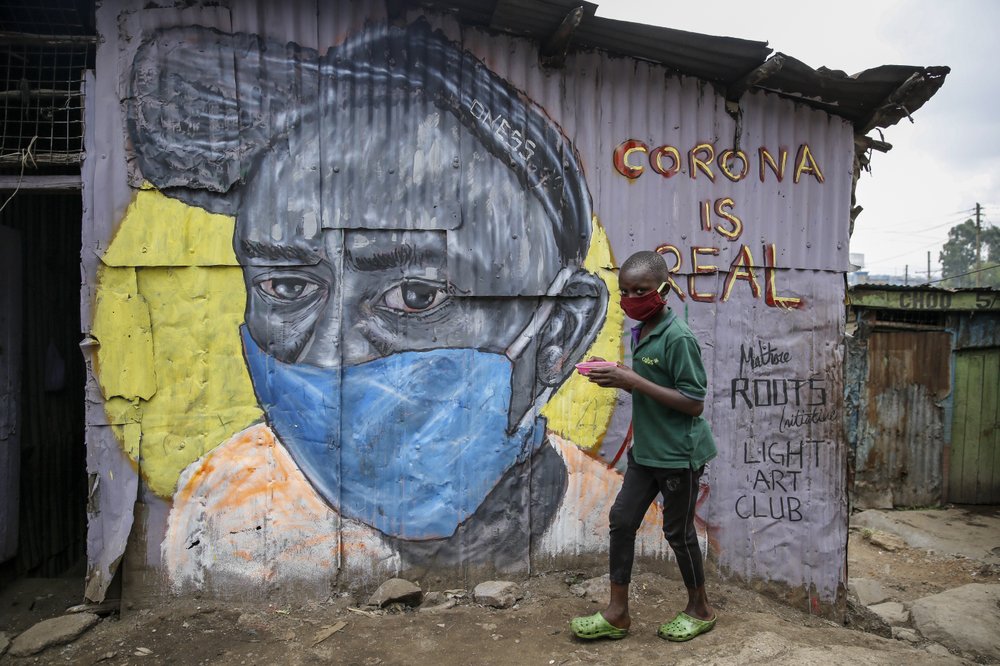 A boy wearing a face mask carries a small bowl of "githeri", or mixed beans and maize, for him to eat as he walks past an informational mural warning people about the risk of the new coronavirus, painted by graffiti artists from the Mathare Roots youth group, in the Mathare slum, or informal settlement, of Nairobi, Kenya Saturday, April 18, 2020. (Photo: AP)

Africa now has more than 1,000 deaths from COVID-19, the Africa Centers for Disease Control and Prevention said Saturday, while Nigeria said the president’s chief of staff had died.

A total of 52 of the continent’s 54 countries have reported the coronavirus, with the overall number of cases surpassing 20,000 on Saturday.

Kyari had been considered by some as Nigeria’s most powerful government figure, His infection had been one of the highest-profile in Africa. Several government ministers and a US ambassador were infected with the virus earlier in Burkina Faso.

Kyari announced his illness last month, saying that “I have made my own care arrangements to avoid further burdening the public health system, which faces so many pressures.”

He was reported to have been infected during a visit to Germany. He was criticized for not isolating upon his return to Nigeria and accused of infecting other top government officials.

Nigeria currently has nearly 500 cases of the virus.

The World Health Organization on Friday noted a 51% increase in cases in Africa and a 60% jump in deaths in the past week. But the WHO chief warned that because of a shortage of testing “it’s likely the real numbers are higher than reported.”

The Africa CDC has said more than 1 million test kits will be rolled out starting next week.