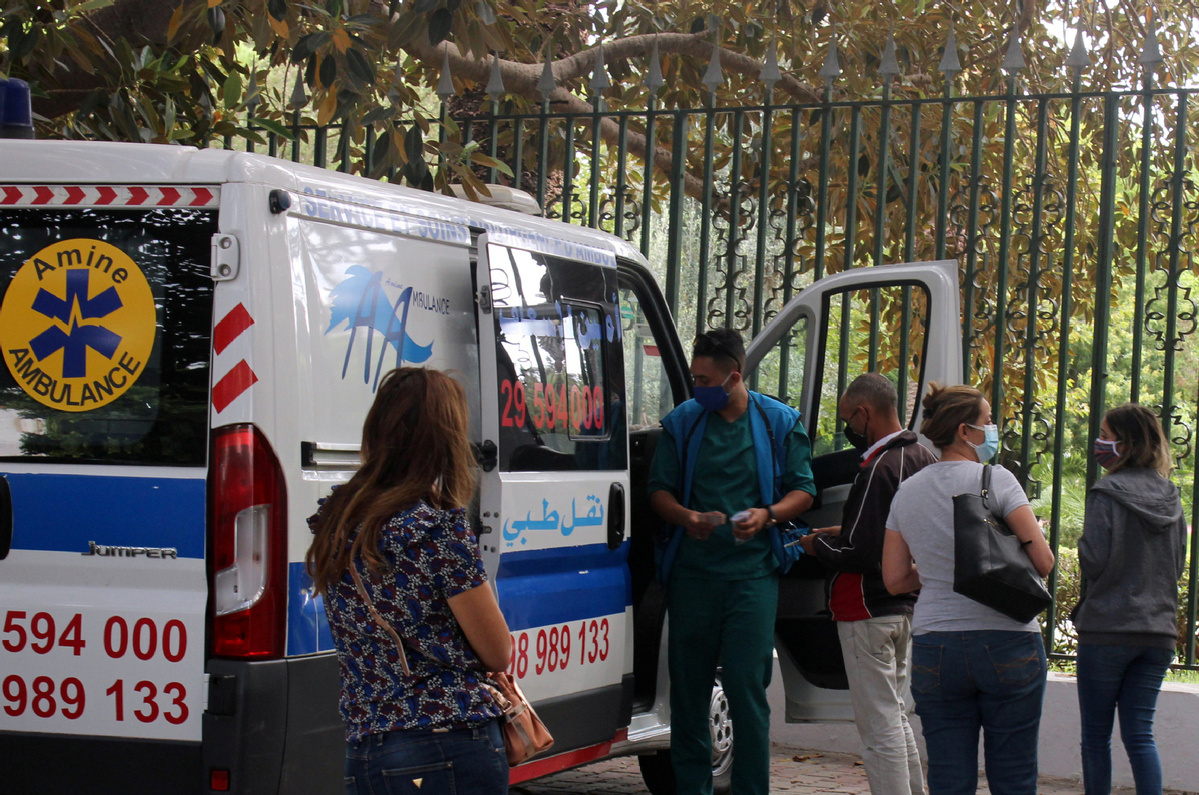 People wait to get tested for the coronavirus disease (COVID-19), outside a mobile testing lab in Tunis, Tunisia Oct 7, 2020. (Photo: Agencies)

Contrary to a trend observed since mid-July when Africa started reporting decreased coronavirus infection cases with some countries flattening the infection curve, the continent has started to experience a resurgence of new cases over the last two weeks.

In a virtual weekly briefing on Thursday, Dr John Nkengasong, the director of Africa Centers for Disease Control and Prevention, said that over the past one week, the continent has recorded 64,868 new cases, translating to 14 percent increase.

Dr Nkengasong warned Africans against complacency in the fight against coronavirus to avoid devastating consequences.

"We are seeing what is going on in Europe. As they eased the lockdown, the number of new infection cases have increased and several countries are considering a second lockdown. We cannot afford that," he said.

Nkengasong urged African countries to reflect on the current numbers and ensure the virus does not ruin the gains achieved over the last couple of months.

Similar sentiments were also shared by Matsishido Moeti, the WHO Africa director, who urged African countries to rely on data when deciding on reopening their economies.

Between Sept 17 to Oct 14, Kenya recorded the highest new infection cases on average, standing at 33 percent and 20 percent average increase in new deaths, according to data from Africa CDC.

Additionally, since Oct 12, the east African country has been recording high infection cases and over 10 fatalities, a scenario that is worrying not only the citizens but also the health officials.

This comes even as the country started phased reopening of schools on Monday starting with candidate classes with the rest of classes expected to be reopened by Nov 2.

In his interactive session with netizens on Twitter on Wednesday, Patrick Amoth, acting director general of health, affirmed that the country is experiencing a slight surge following removal of strict restrictions imposed in March.

He, however, said the scenario cannot be regarded as a second phase because the country has not fully flattened the curve of the first phase.

Despite the increased cases, Amoth said Kenya's case fatality ratio has remained fairly constant as has the rest of African countries, and that it's below the global ration.

He, however, warned that returning to stricter restrictions is an option as was stated by President Uhuru Kenyatta in his address to the nation on Sept 28.

In the address, Kenyatta urged Kenyans to continue observing the health guidelines and protocols, noting that he won't hesitate impose containment measures if the cases start to rise.

On the question of schools reopening amid coronavirus infection surge, Amoth said plans are underway to do random sampling in schools to establish the rate of infection in the learning institutions.

"We have put a surveillance system in place to monitor for any increased cases especially in schools," he said.

Amoth said the decision to reopen schools in phases was a delicate choice based on surveillance which will continue while schools are open.

"This is also about a generation which could entirely be lost due to being out of schools. There have been challenges of teenage pregnancies, sexual and gender based violence, suicide, anxiety, and depression. These have to be considered alongside the pandemic," he said.

Amoth said special attention has been given to teachers, students and staff members with pre-existing conditions to avoid infection within the schools.

Amoth said lessons learned in the first few days of phased school reopening will be used to determine whether to reopen all the classes or to continue with the candidate classes.

"If the infection prevention and control measures are not adhered to strictly as stipulated by the Ministry of Health, then a second wave will be imminent. However, we hope not to get there," he said.