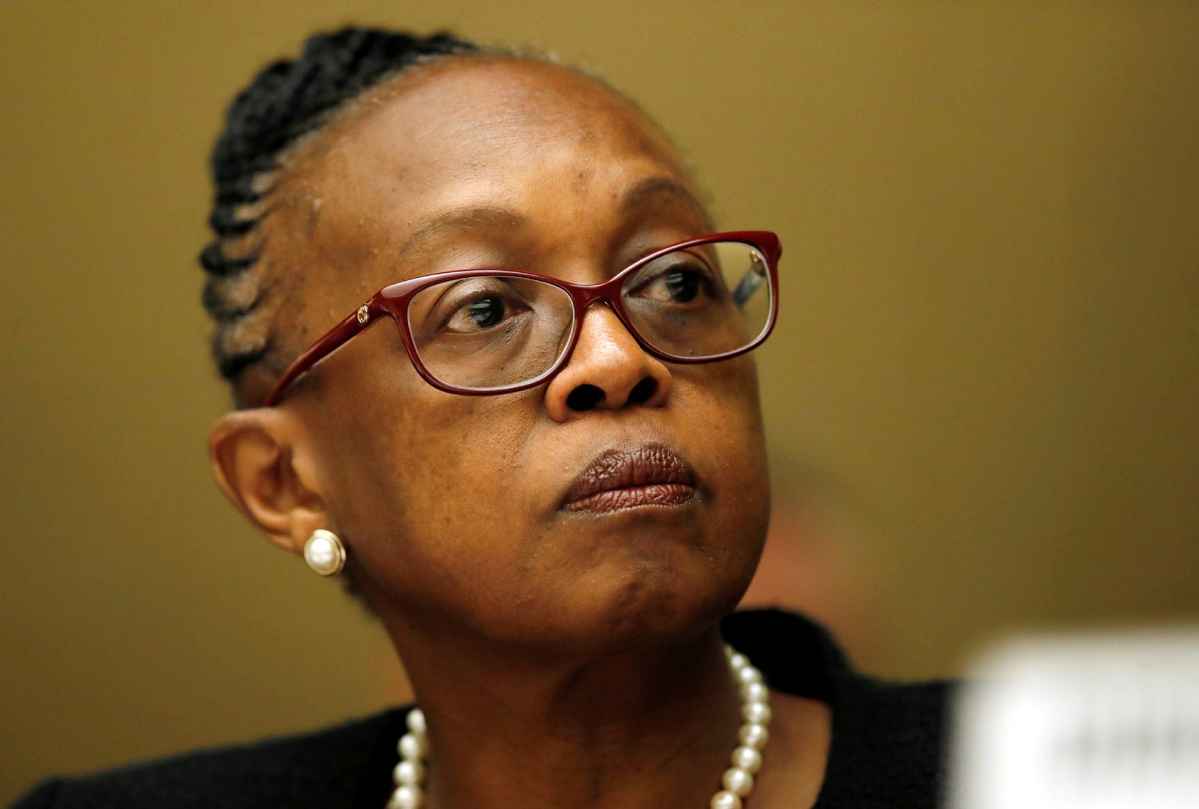 As COVID-19 infection cases and deaths continue to surge across Africa, fueled by the spread of variants, countries are now grappling with shortages in oxygen and intensive care beds amid a rapid increase in hospital admissions.

According to the World Health Organization, 10 African countries have recorded a rapid increase in hospital admissions, with at least five countries, including South Africa, Namibia and Zambia, facing shortages of ICU beds.

"A rapid WHO assessment of six countries facing a resurgence found just a third of the medical oxygen needed is produced," Matshidiso Moeti, the WHO regional director for Africa, said in a news briefing on Thursday.

Insufficient quantity, disrepair or poor maintenance of production plants, as well as challenges in distribution, scarcity of cylinders, personnel or technical skills are among the barriers to adequate medical oxygen supply in Africa.

"The number one priority for African countries is boosting oxygen production so we can give critically ill patients a fighting chance. Effective treatment is the last line of defense against COVID-19 and it must not crumble," Moeti said.

She said the continent has recorded a 43 percent week-on-week rise in COVID-19 deaths and 1 million new cases over the past month.

"This is the shortest time it has taken so far to add 1 million cases. Comparatively, it took around three months to move from 4 million to 5 million cases. This COVID-19 resurgence is the fastest the continent has seen," Moeti said.

The continent has experienced a rise in COVID-19 cases for eight consecutive weeks, topping 6 million on Tuesday. Already 18 countries are in resurgence.

"There is a consistent upward trend in 12 countries, with sharp increases in Algeria, Malawi, Senegal and Zimbabwe. And although we are starting to see a decline in some countries, such as the Democratic Republic of Congo, Eritrea, Kenya and Namibia, case numbers remain relatively high," she said.

Moeti said the surge is driven by public fatigue with key health measures and an increased spread of variants.

The Delta variant, first reported in India and which is currently the most transmissible, has been detected in 21 African countries, while the Alpha variant is in 35 countries and Beta in 30.

"Deaths have climbed steeply for the past five weeks. This is a clear warning sign that hospitals in the most impacted countries are reaching a breaking point," Moeti said.

Only 18 million people in Africa are fully vaccinated, representing 1.5 percent of the continent's population compared with over 50 percent in some high-income countries.

"The double barrier of vaccine scarcity and treatment challenges is seriously undermining effective response to the surging pandemic. However, with the expected fresh vaccine shipments and strong preventive measures, we can still turn the tide against the virus," Moeti said.