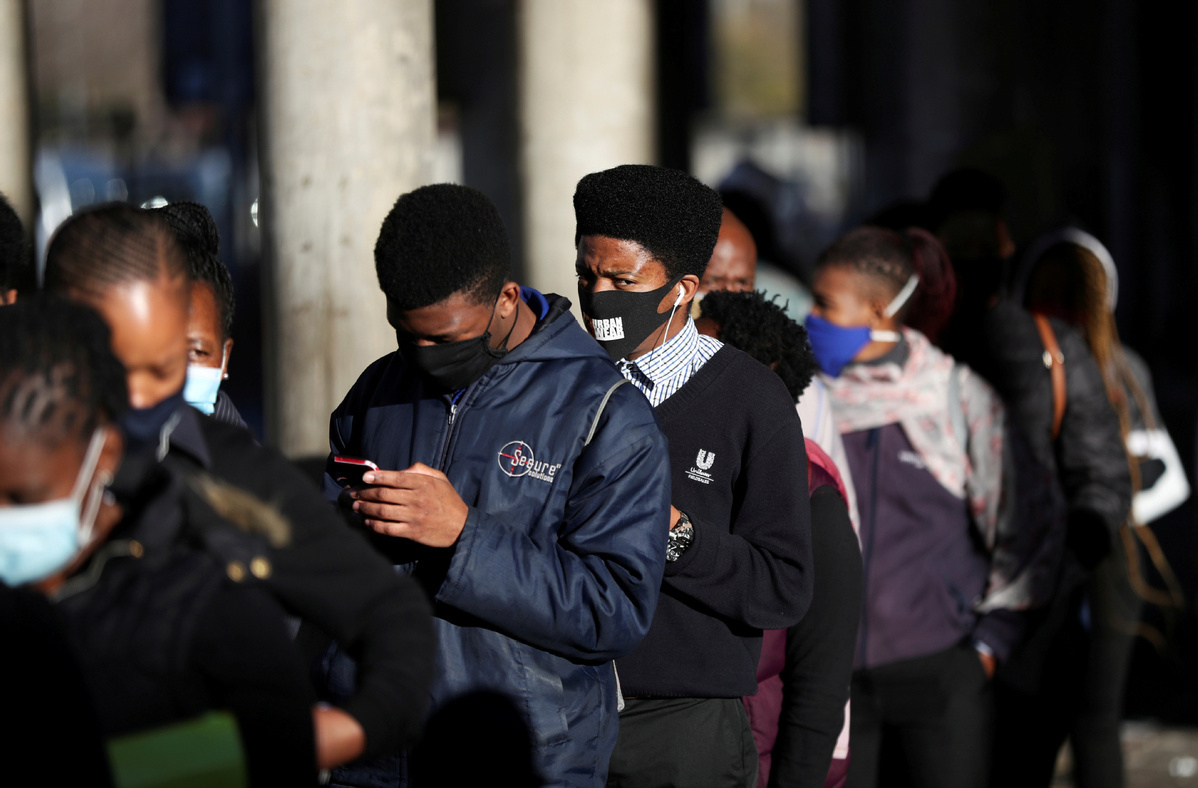 People wearing protective face masks wait in line for a taxi to get to work in Soweto, South Africa June 1, 2020. (Photo: Agencies)

Africa continues to report increased new coronavirus infections, having recorded 74,913 new cases between Oct 26 and Nov 1, translating to a 6 percent increase compared to the previous week, according to data from the Africa Centers for Disease Control and Prevention released on Thursday.

The continent recorded a 28 percent increase in the number of new deaths, with Tunisia leading with 498 deaths, followed by Morocco with 461 deaths, South Africa with 443, and Kenya with 111 deaths.

However, while the number of cases is increasing, the virus has spread at a slower rate in the continent compared to other parts of the world, with its infections standing at 4 percent of all cases reported globally.

As of Nov 6, Africa had reported a total of 1.84 million cases and 44,843 deaths. A majority of countries are still reporting community transmission, according to Africa CDC.

Meanwhile, the African region finance ministers for Sanitation and Water for All, a global partnership committed to achieving universal access to clean drinking water and adequate sanitation, said the battle against the pandemic is far from over.

In a meeting on Wednesday, the ministers said governments and their development partners should fortify their defenses against the disease by providing greater access to water, sanitation and hygiene services to protect their people from coronavirus and water-borne diseases.

They said more than 40 percent of the population in Sub-Saharan Africa does not have access to clean water and cannot follow the advice of health experts to wash their hands as a primary way to stop the spread of the virus.

"The coronavirus pandemic is a wake-up call to all of us, member states, development partners and allies in Africa and beyond, to prioritize water, sanitation and hygiene service delivery, in the presence of competing needs," they said.