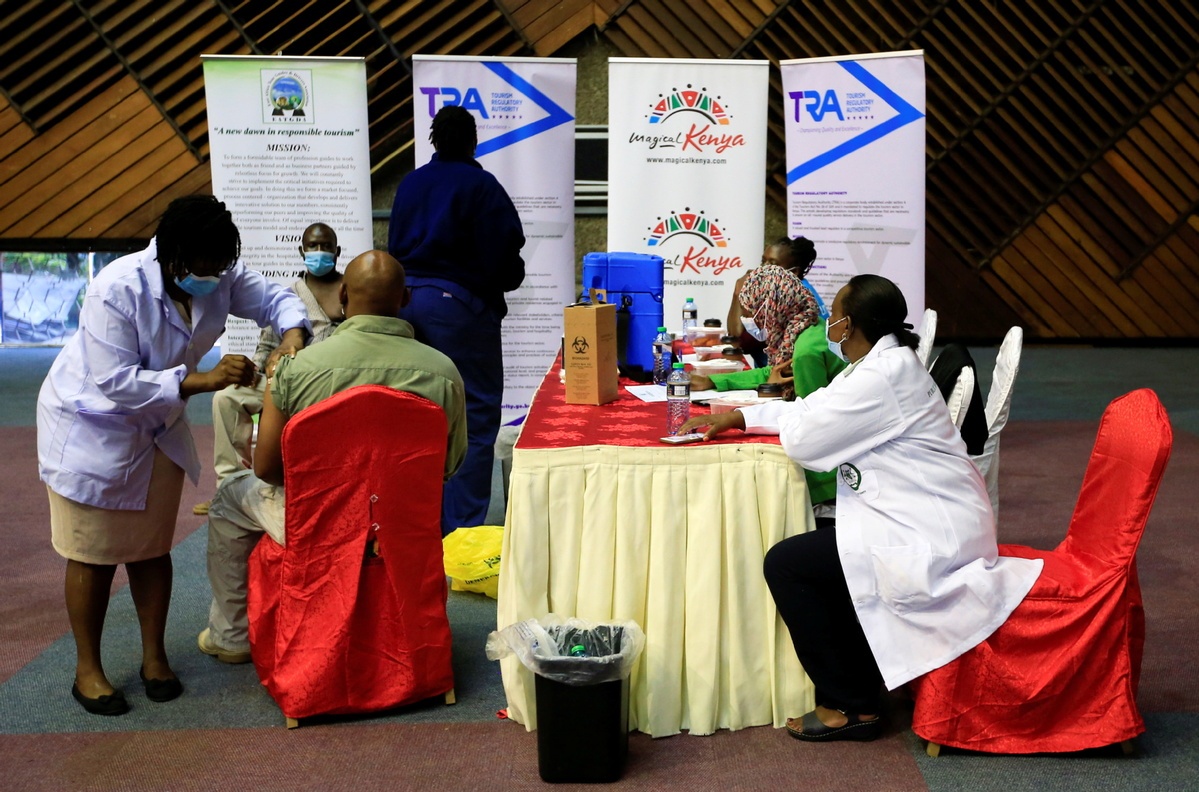 Kenyan tour guides and travel operators prepare to receive the AstraZeneca/Oxford vaccine against the coronavirus disease (COVID-19), under the COVAX scheme, in Nairobi, Kenya on April 27, 2021. (Photo: Agencies)

Africa risks a new wave of coronavirus infections due to slow vaccine rollouts and spread of new variants amid delays of vaccines from the Serum Institute of India, the World Health Organization has warned.

In a statement on Thursday, WHO said the continent accounts for only 1 percent of the vaccines administered worldwide, down from 2 percent a few weeks ago.

It said the low vaccination coverage places African countries at higher risk of a massive upsurge in cases.

"While we call for vaccine equity, Africa must also knuckle down and make the best of what we have. We must get all the doses we have into people's arms," Matshidiso Moeti, the WHO regional director for Africa, said.

"It's a race against time and the virus. Given the limited supply we recommend that countries prioritize giving the first dose to as many high-risk people as possible in the shortest amount of time."

"We commend the leadership shown by South Africa and India and urge others to back them at the WTO, including for life-saving therapeutics. We hope negotiations are quickly wrapped up so we can ramp up the manufacturing and roll-out of safe and effective vaccines. No country is safe until all countries are safe," Dr Moeti said.

"The tragedy in India does not have to happen here in Africa, but we must all be on the highest possible alert. Governments must maintain strong surveillance and detection systems, reassess and bolster their treatment capacities, step up the supply of critical medicines, including medical oxygen and ensure there are enough beds for severely ill patients," Moeti said.

Moeti said the coronavirus infection curve has plateaued in the past six weeks, resulting to a slight decrease in cases in the past two weeks.

Moeti said WHO is supporting countries to increase their oxygen supplies by providing technical assistance to high-risk countries on how to build oxygen production plants, as well as delivering more than 3,500 oxygen concentrators.

She added that the UN agency is also collaborating with professional medical and nursing associations on the continent to scale up critical care training in member states.