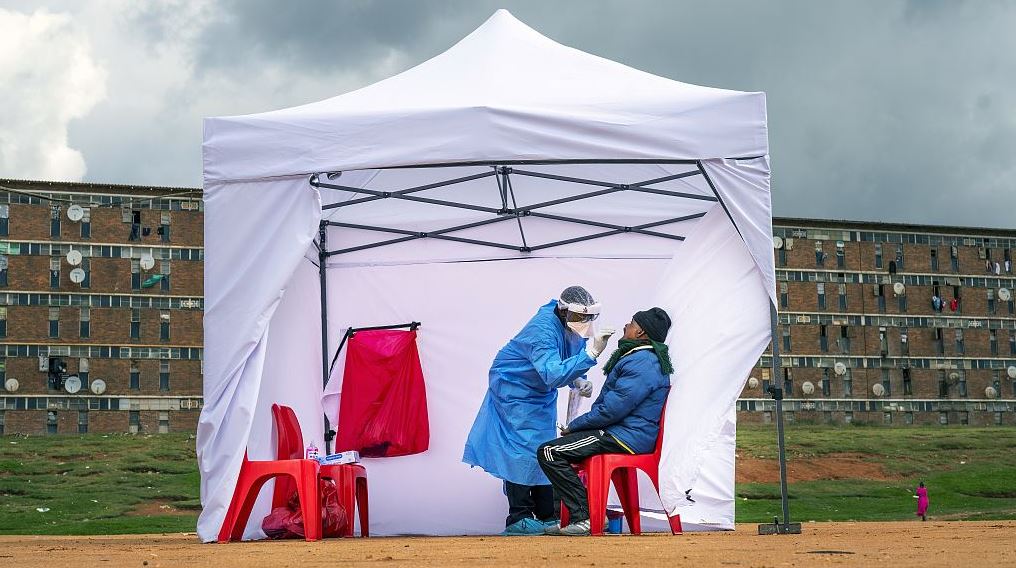 A resident from the Alexandra township gets tested for COVID-19 in Johannesburg, South Africa on Wednesday, April 29, 2020. (Photo: CFP)

Climate-related health emergencies are on the rise in Africa, accounting for more than half of public health events recorded in the region over the past two decades, a new analysis by World Health Organization (WHO) shows.

According to the UN health agency, 2,121 public health events recorded in the African region between 2001 and 2021, of which 56 percent were climate-related.

It notes that Africa recorded 25 percent more climate-related events between 2011 and 2021 compared with the previous decade.

According to the WHO Regional Director for Africa, Dr Matshidiso Moeti, the continent is bearing a huge brunt from the effects of global warming despite being the least contributor to the phenomenon.

"Climate change is one of the greatest threats to humanity. The entire foundation of good health is in jeopardy with increasingly severe climatic events. In Africa, frequent floods, water- and vector-borne diseases are deepening health crises. Although the continent contributes the least to global warming, it bears the full consequences," Dr Moeti.

She made the remarks a day ahead of the World Health Day set to be celebrated on Thursday.

The World Health Day is celebrated each year on April 7, coinciding with the anniversary of the founding of WHO in 1948. The day is aimed at drawing attention to specific health topics of concern globally.

The 2022 World Health Day will be celebrated under the theme; "Our planet, our health."

As the celebrations happen, the WHO in Africa has a clear message; the continent needs to tackle climate change to contain further impacts on public health.

The agency pointed out that the continent is grappling with other significant health impacts linked to climatic shocks, including malnutrition and hunger due to adverse weather on agricultural production, long-term health and development challenges in children, as well as other infectious diseases such as malaria.

The impact of climate change is also likely to slow the progress against hunger, with an additional 78 million people in Africa facing chronic hunger by 2050, according to a report by the Netherlands-based Global Centre on Adaptation.