WORLD Africa to scale up and accelerate climate change adaptation

Africa to scale up and accelerate climate change adaptation 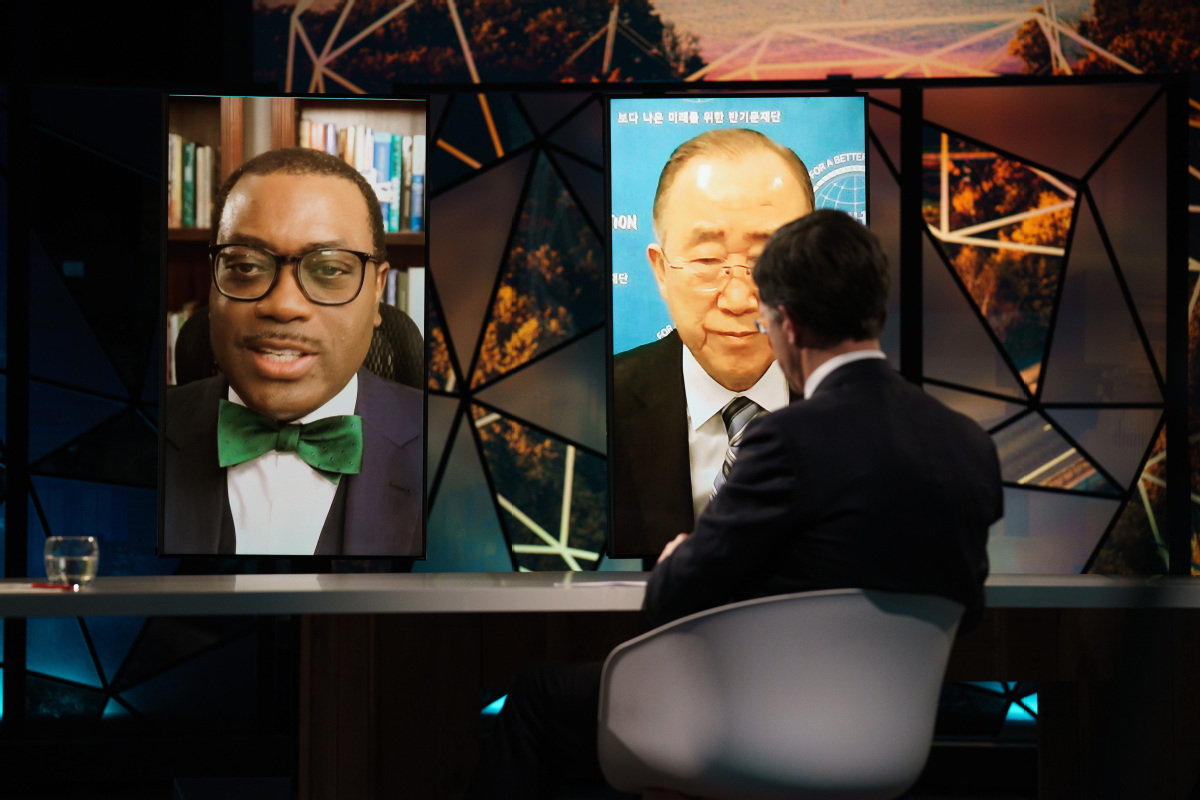 During the Climate Adaptation Summit 2021 hosted by the government of the Netherlands and the Global Center on Adaptation, Akinwumi Adesina, president of the African Development Bank, announced the launch of the Africa Adaptation Acceleration Program to mobilize $25 billion to scale up and accelerate climate change adaptation actions across Africa.

In his virtual remarks, Adesina described the ongoing impact of climate change on Africa's development, as well as the AfDB's initiatives to tackle this challenge. As the leading source of funding for climate action in Africa, the bank's head called for stronger partnerships and urged governments of developed countries to fulfill climate finance commitments to developing countries.

Adesina thanked Ban Ki-moon, former UN Secretary-General, for his role in the establishment of GCA's regional office for Africa in Abidjan, Cote d'Ivoire last year, a ceremony hosted by the AfDB. He also outlined several of the bank's initiatives, including the $20 billion Desert to Power project to create a solar zone in the Sahel, the largest in the world.

According to AfDB, the AAAP flagship program will focus on agriculture, infrastructure, youth and innovative finance. At least 50 percent of the $25 billion to be mobilized as climate finance between 2020 and 2025 will support climate adaptation and resilience building. AfDB and GCA will use this to leverage an additional $12.5 billion through other key partners.

"Our Youth Adaptation flagship will unlock $3 billion for the youth, support 10,000 youth-led SMEs in climate resilience and build capacity for one million youth on climate adaptation," Adesina said.

African leaders present at the summit called for the inclusion of the continent, claiming it had been fleeced in the past.

Nana Akufo-Addo, Ghana's president, said the country was working with the private sector with the assistance of the Green Climate Fund to establish a multimillion-dollar green fund to support climate adaptation interventions and efforts to transition to renewable energy.

Kenyan President Uhuru Kenyatta, who attended the virtual summit on Jan 26, re-assured the country's commitment to the adaptation action agenda, calling for the collaboration of the global community.

"Kenya is experiencing full climate impact including erratic rainfall, drought and increased temperatures," he said. "To contain the situation, we have scaled up our adaptation efforts, mainstreaming them into our national development strategy."

Kenyatta also acknowledged climate change is a reality that must be dealt with now, and the resultant success could lead to reduced emissions, spurred economic growth and social and environmental benefits.

The online CAS 2021 summit, which ran on Jan 25 and 26, was attended by more than 30 world leaders, 50 ministers and 50 international organizations together with scientists, the private sector, civil society, youth representatives and over 18,500 registered participants, according to the organizers.