The African Union has released a communique rejecting attempts by the military to lead the transition in Mali. The statement comes just two days after the military junta that overthrew Mali's former president announced a transitional government that will hold office until elections are held in 2022. 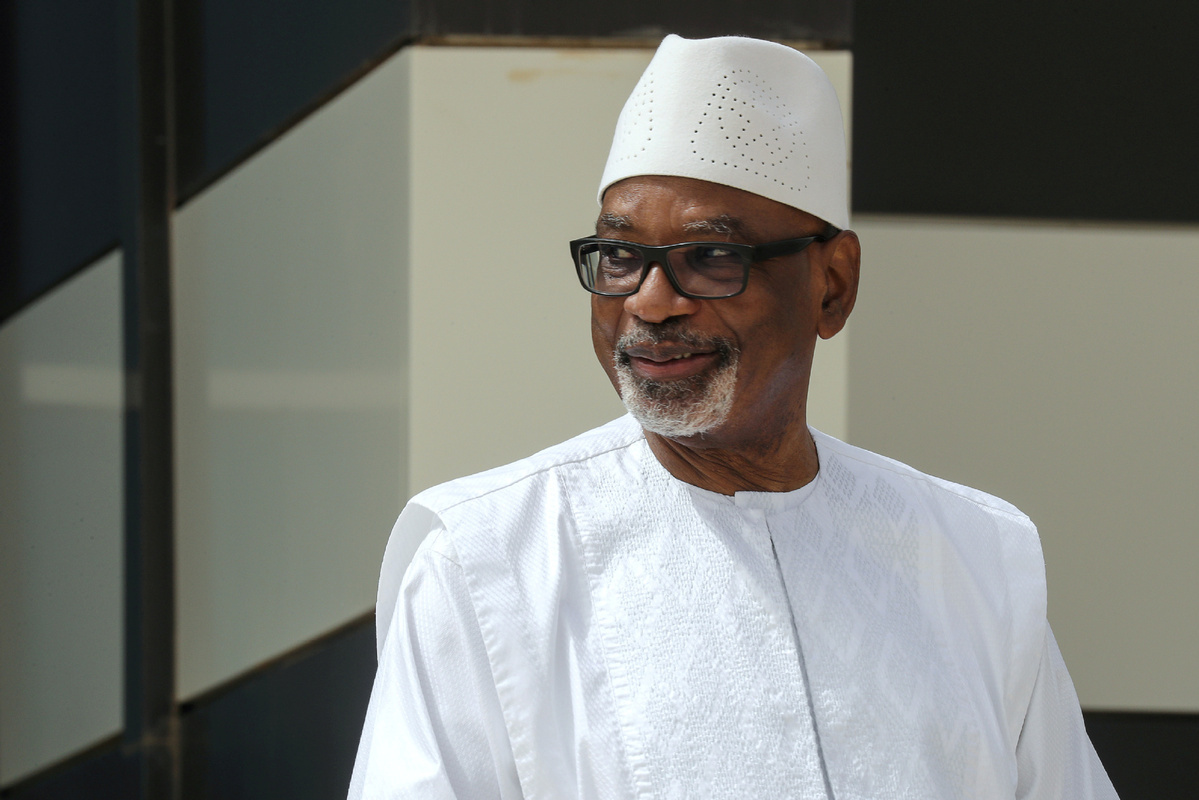 On Sep 21, the military named Bah Ndaw, a former defense minister, as president of the West African country's new transition government while Assimi Goita, the leader of the military junta which overthrew President Ibrahim Keita in August, was appointed vice president.

While reaffirming its unwavering commitment to respect the sovereignty, unity and territorial integrity of Mali, as well as its solidarity with the people and government of Mali, the African Union said it is deeply concerned about the adverse impact of the current political crisis on the pre-existing security, economic and humanitarian situation, including the current fight against the COVID-19 pandemic.

In a communiqué released on Sept 23, the African Union reiterated its call for all Malian political actors to embrace genuine and inclusive dialogue within the frameworks of the Economic Community of West African States and Peace and Reconciliation Agreement for Mali of 2015, as approaches for comprehensively addressing the current challenges facing the country.

"The African Union categorically rejects any attempt by the military to lead or influence the Malian transition. We reiterate our call for the immediate formation of a civilian-led transitional government," the statement said.

"In this regard, the African Union expresses its full support to the ECOWAS decision that both the president and prime minister of the transition should be civilians and the transition vice-president should not, under any circumstances, replace the transition president."

Earlier on, Goita demanded an end to potentially crippling economic sanctions imposed by ECOWAS after the coup, following the announcement of a civilian president.

While addressing the nation during a ceremony to mark 60 years of Malian independence on Sep 22, Goita said the recent nomination of a civilian as interim president meant West African leaders must end their trade embargo.

"The international community is watching us. Which is why we accepted the ECOWAS principles and appointed a civilian president. In the coming days, ECOWAS must remove these sanctions for the happiness of the Malian people," Goita said.

On the same day the African Union released the communiqué, Goodluck Jonathan, former Nigerian president and ECOWAS mediator in the impasse, arrived in Bamako, Mali for a 48-hour visit to see if the conditions were met to lift the sanctions imposed by the West African community.

"We have returned to Bamako this afternoon to continue consultations with key stakeholders as Malian authorities begin the implementation of their plans for the restoration of a civilian administration. The ECOWAS mediation team expects to have fruitful engagements," Jonathan said.

On Sep 24, Jonathan is expected to hold separate meetings with Ndaw, Goita and leaders of the military junta.