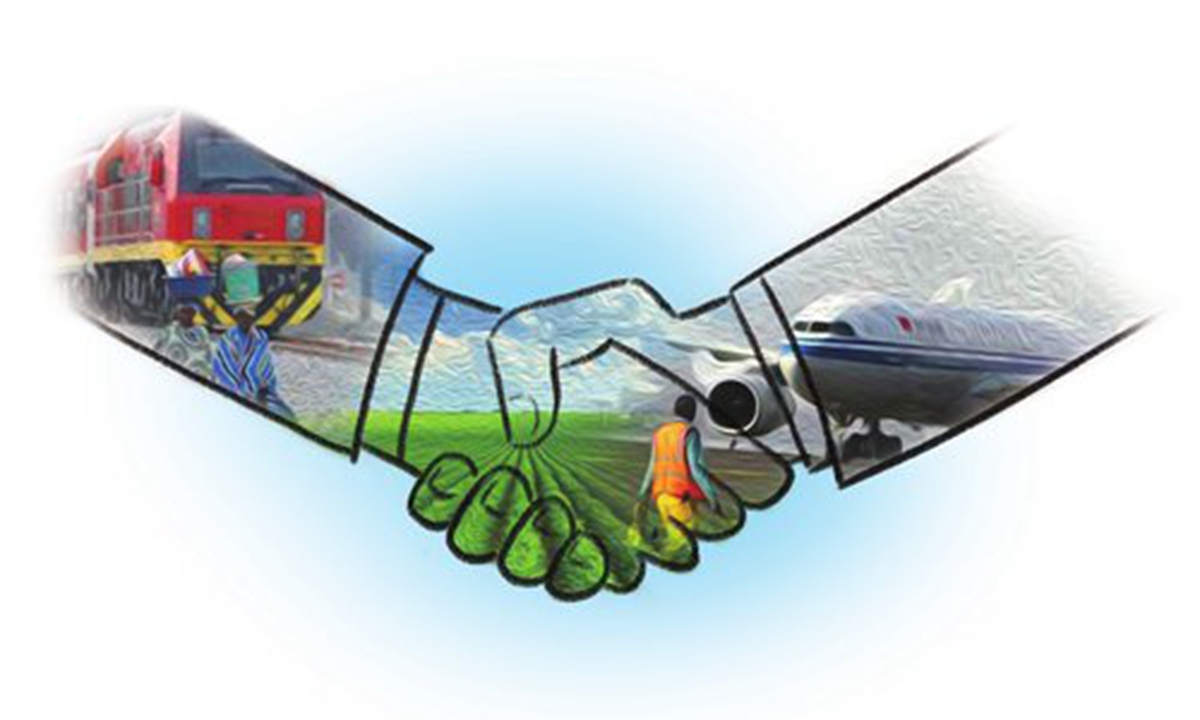 Three ambassadors from African countries to China on Thursday hailed the Communist Party of China (CPC)'s achievements reached over the past century and the benefits the Party has brought to China-Africa relations as well as the African people.

The 10th China Lecture: Major Achievements and Historical Experience of the Communist Party of China over the Past Century, held by the China-Africa Institute, was held in Beijing on Thursday through online and offline channels. More than 90 people attended the forum, including African ambassadors and representatives to China from 21 countries, and scholars from both China and Africa.

The three ambassadors said that the CPC was established 100 years ago to save the working class, eliminate exploitation and realize the country's unification. They said the CPC still pursues the development concept of putting people first, develops whole-process people's democracy and realizes people's all-round development and common prosperity.

The ambassadors agreed the Chinese economy has undergone tremendous changes and development, Chinese people have gained tangible benefits in economic development, and such an achievement would be impossible to achieve without socialism with Chinese characteristics.

The ambassadors said that through arduous work, the CPC and Chinese people have demonstrated that reform is an important way for China to reach its achievements today. Socialism with Chinese characteristics is the right path to achieve development and prosperity and China has responded effectively to the challenges of the times, and therefore the CPC is still a very important leading force, they said.

With the steady development of China-Africa relations, the scale of China-Africa economic and trade cooperation has been increasing and this has brought real benefits to African people, the ambassadors said.

The three ambassadors also expressed gratitude for the assistance China has provided to African countries and people. They hoped the CPC can continue to lead the Chinese people to greater achievements and that China-Africa friendly relations will reach a new level.

China released a landmark resolution on major achievements and historical experiences of the CPC at the sixth plenary session of the 19th CPC Central Committee. Xin Xiangyang, Party secretary of the Academy of Marxism at the Chinese Academy of Social Sciences (CASS), gave a speech on the resolution during the forum.

During his speech, Xin highlighted the CPC's important experience of putting people first, as said in the resolution: "We will remain committed to the Party's fundamental purpose of wholeheartedly serving the people… Any attempt to divide the Communist Party of China from the Chinese people or to set the Chinese people against the Communist Party of China is bound to fail."

Lin Jianhua, deputy director of the Academy of Marxism at CASS, said during the forum that the resolution embodies the whole Party's consciousness to respect the laws of history and guides us to work hard to achieve a modern and powerful socialist country.