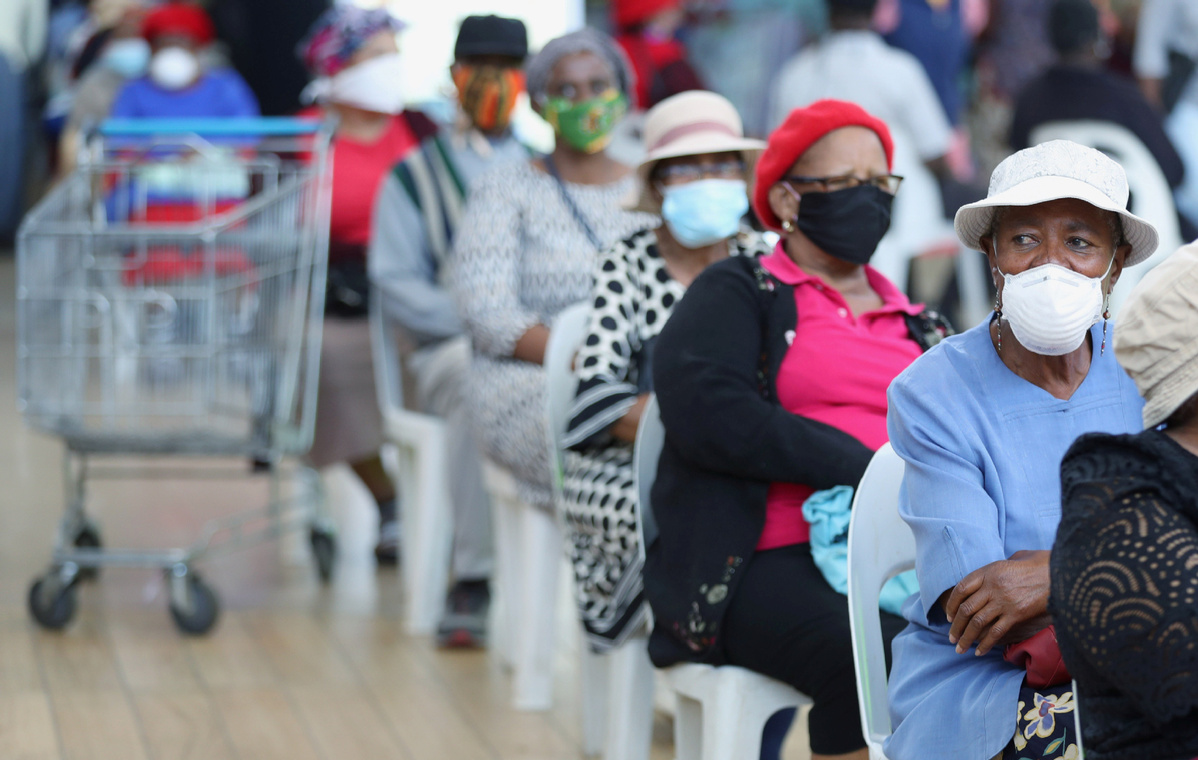 Customers sit on chairs at Maponya Mall as South Africa starts to relax some aspects of a stringent nationwide lockdown due to the coronavirus disease (COVID-19) outbreak in Johannesburg, South Africa. (File Photo: China Daily)

A number of African countries have started introducing slight easing of restrictions even as most of them announced extension of lockdowns as the continent continues to battle the coronavirus.

As of Tuesday, 47,118 people were infected by the virus on the continent with 1,843 deaths, according to Africa Centres for Disease Control and Prevention. A total of 15,587 people had recovered from the disease.

In South Africa, the government started a measured and phased plan to reopen the country from May 1.According to the plan, the authorities would gradually loosen some restrictions by allowing some industries to reopen while people could now walk their dogs and go for jogs.

However, social distancing and wearing of masks in public and at workplaces will still be mandatory.

On May 4, Nigeria started enforcing a directive, announced by President Muhammadu Buhari, that allowed the country to begin easing a monthlong lockdown in the capital Abuja and Lagos, its largest city.

While issuing the directive, Buhari said the lockdown orders announced on March 30 have come at a heavy economic cost, leaving ordinary Nigerians, many of whom rely on daily wages, to survive without enough money to sustain their daily needs.

According to David Oselu, a financial consultant with Hector Consultancy based in Nairobi, Kenya, the pressure to ease the restrictions introduced by African governments in the wake of the pandemic have been mounting for a while.

"More than 80 percent of Africans work in the informal economy and during a lockdown the impact can become unbearable. With so many people out of employment, businesses closing down for the unforeseeable future and lack of structured mechanisms to ensure that African governments are able to bail out the most vulnerable, the restrictions were bound to be eased," Oselu said.

"Even though most African economies cannot afford the full impact of a sustained lockdown while awaiting the development of vaccines, it is important to note that economic relief would be the best way to help ease the pressure on workers and families struggling with the impact of lockdowns. It is good that most African governments are retaining social distancing rules as they ease the restrictions but we should be careful not to start a second wave of infections," Oselu added.

Among the earliest African countries to ease lockdown restrictions was Ghana, which lifted the lockdown in Accra and Kumasi, its two biggest cities, on April 20.

According to Ghanaian President Nana Akufo-Addo, the decision was based on the country's ability to undertake aggressive contact tracing of infected people, the enhancement of the capacity to test and the expansion in the number of treatment and isolation centers.

On May 1, Zimbabwe's President Emmerson Mnangagwa extended a nationwide lockdown to fight the new coronavirus by two more weeks, but added that big businesses will reopen under supervision while informal markets will remain shut.