African countries have much to learn from "Chinese miracle", says Kenyan party leader

NAIROBI, March 28 (Xinhua) -- China's exceptional economic and political success can be called as the "Chinese miracle," from which African countries have much to learn, a Kenyan party leader has said. 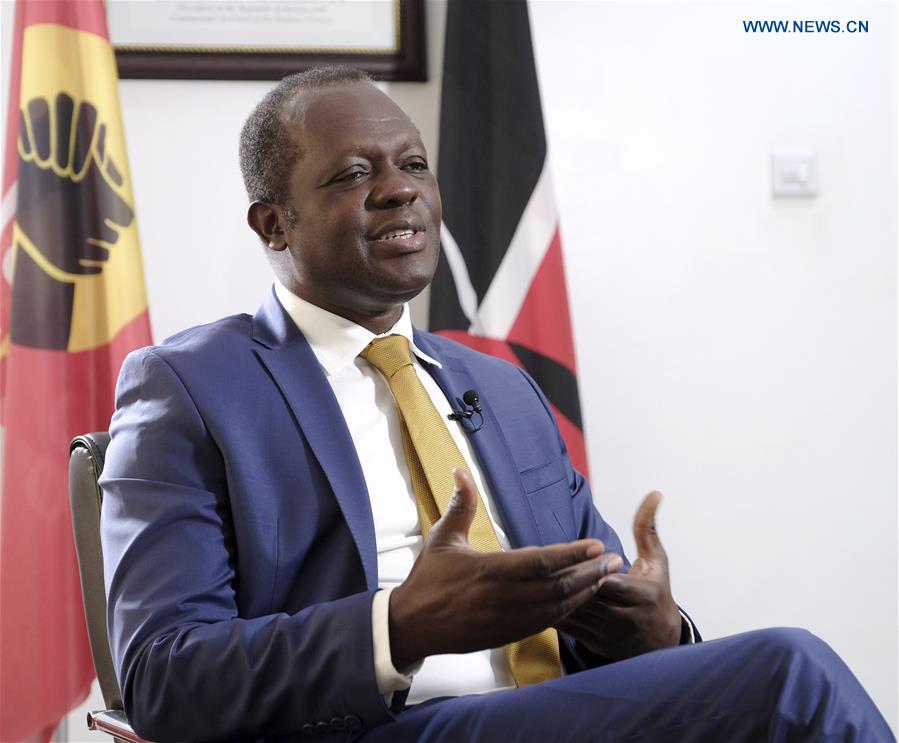 "You have to give credit to the Communist Party of China (CPC) for having managed to steer the country in a disciplined manner and in a focused manner that has enabled them to achieve what one can generally call the 'Chinese miracle'," Raphael Tuju, secretary-general of Kenya's ruling Jubilee Party, told Xinhua in a recent interview.

Noting the outstanding trajectory on which China develops its economy, he said that there are many lessons that Africa can learn from the "Chinese miracle," one of which is to have that kind of discipline within the CPC.

"It cannot be achieved overnight. We are learning from some of the systems that we witnessed when we visited China," said Tuju, who is also the cabinet secretary without portfolio.

In his view, the CPC is united by "a certain intellectual and philosophical framework" which makes the party particularly disciplined and focused, so that it can come up with a construct that has stood the test of time.

"We are keenly looking at how the CPC has managed to bring the country together," Tuju said, stressing his interests in understanding how the CPC managed to resolve those challenges that China had faced and are facing.

Kenya can also learn from China's success in poverty alleviation. "There is no precedent in world history when so many people have been lifted out of poverty in such a quick time as what we have seen in China," he said.

Tuju said that one must appreciate the discipline and certain focus within the CPC, which made them set goals and work very methodologically and aggressively to ensure that those goals can be met.

"For example, if you take the issue of poverty alleviation, all those parameters described by the United Nations as goals that should be achieved by the year 2030, in China, they've achieved it 10 years before that schedule," he noted.

Tuju also referred to the CPC's effective fight against corruption as a big lesson for African political parties. "It becomes very difficult to eradicate corruption in a country when that discipline is not there, within the context of a party," he said.

Tuju said he looks forward to a robust cooperation between the CPC and the Jubilee Party.