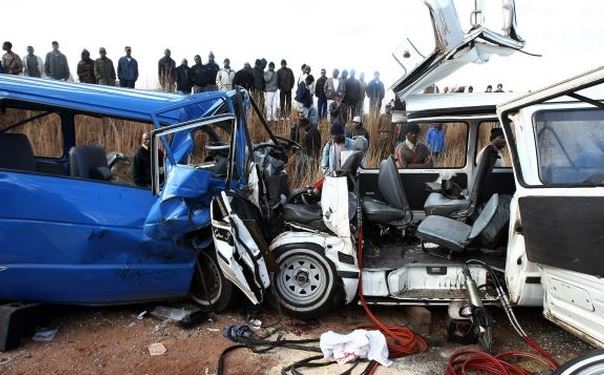 At the conclusion of a week-long high-level Africa Transport Policy Program (SSATP) regional conference on Friday, the leaders lamented Africa's poor road safety record and called for strong action to address the challenge.

The meeting ran from Nov. 25-29 in the resort town of Victoria Falls, Zimbabwe, and offered a platform for member countries to come together to shape the future of the Africa Transport Policy Program, aims to address Africa's most pressing transport challenges and related policy issues.

"Despite being the least motorized region - with only 2.3 percent of the world's vehicles, Africa has the highest road traffic fatality rates in the world: 26.6 per 100,000 population," SSATP said in a statement.

SSATP noted that every day, 650 people die on Africa's roads, half which involve vulnerable road users such as pedestrians, cyclists, and motorcyclists.

The majority of those killed are under the age of 30, and the fatality rate for men is almost twice that for women.

"This has strong implications for households since males are typically the main breadwinners," the organization said.

The organization noted that as the 2011-2020 African Road Safety Action Plan and UN Decade of Action for Road Safety come to an end, positioning the continent for effective road safety action post 2020 is key if Africa is to curb the death toll on its roads and the ensuing socio-economic impacts that are harming the continent's development.

A World Bank official Benedict Eijbergen said without sustained action, road traffic crashes are predicted to become the seventh leading cause of death by 2030.

He said African countries must work hard to secure the continent's roads so that they become an engine for sustainable growth, not socio-economic loss.

The annual meetings not only provided a platform to discuss the continental progress achieved thus far, but also served as a useful forum for sharing knowledge, lessons learned, and reform experiences that are working to transform the face of transport in Africa, said Paolo Ciccarelli, the representative of SSATP Donors from the European Commission.

He said while SSATP can facilitate the development of sound transport policies, it was the responsibility of country officials to take what they had learned back home and implement the necessary actions to achieve a safe, sustainable, and reliable transport system for all.

"Africa needs us all to drive this change," he added.