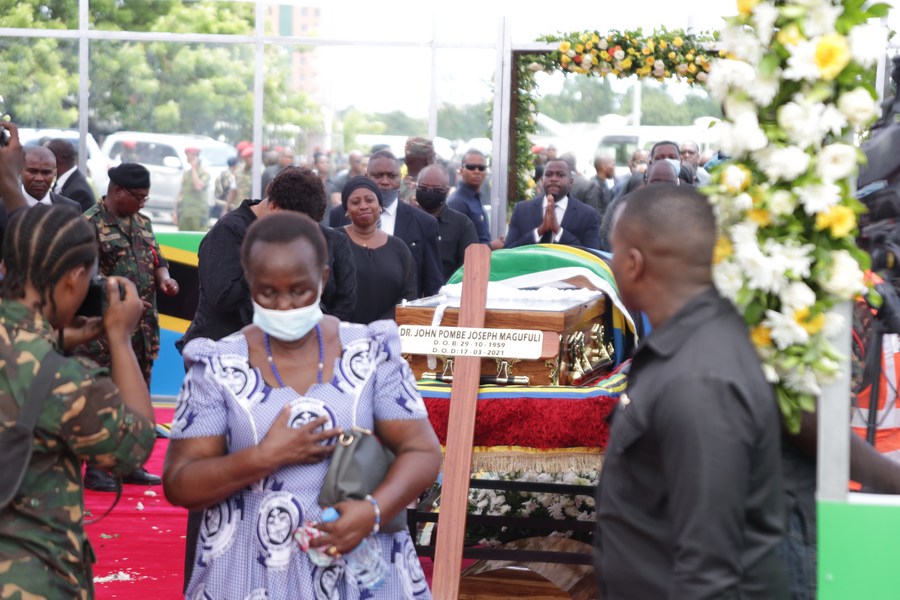 Abbasi told a news conference that the state funeral to be held Monday at Jamhuri Stadium in the capital Dodoma will be attended by leaders from Kenya, Malawi and South Africa.

He said other leaders will come from Comoros, Mozambique, Zimbabwe, Zambia, Namibia, Botswana and the Democratic Republic of the Congo.

Abbasi, who doubles as the permanent secretary in the Ministry of Information, Culture, Arts and Sports, said Presidents of Rwanda, Angola and Burundi will be represented by high ranking officials, adding that representatives from regional organizations will also attend the state funeral.

Magufuli will be buried in his native home in Chato district in Geita region on March 26.