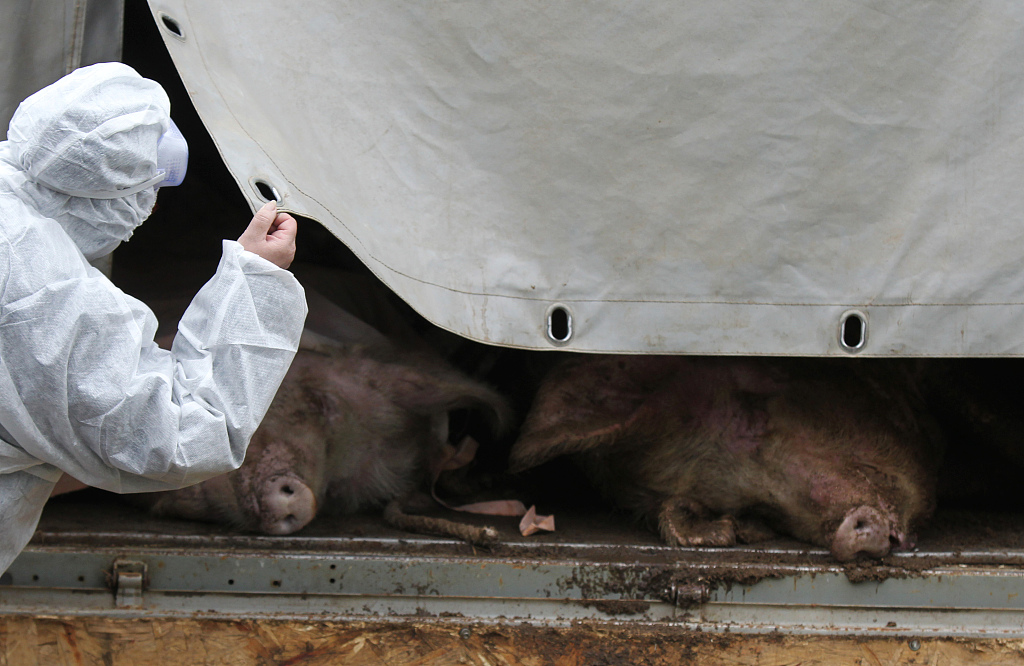 Employees of sanitary services prepare carcasses of dead pigs for burning during the elimination of the African swine fever spread center in the village of Ozerki, Okulovka District, Novgorod Region. (File photo: VCG)

On July 11, staff from the ao Agriculture and Forestry Office carried out checks and confirmed the presence of African swine fever in two villages of Khua district of Phongsaly Province.

The pigs that have died were owned by 35 families, so officials are now helping them to bury the carcasses and use disinfectant to prevent the disease spreading.

The report quoted senior official Kham-ard Vannavong from the agriculture and forestry department in Phongsaly province as saying that officials had also found the virus in Bounneua district but had not received any information about the number of pigs affected.

Villagers have been forbidden to transport or sell pigs in a bid to contain the outbreak, while the owners of dead pigs have been instructed to immediately bury them.

The Agriculture and Forestry Office has advised people not to eat the meat of dead pigs.

African swine fever cannot be passed from animals to humans, but people can spread the disease. The animal epidemic affects pigs and wild boars and has an almost 100 percent death rate. It requires high temperatures to kill the virus and it can survive up to three years in frozen meat and up to one year in dried meat.