General Santos (People's Daily) - The three big bells that the United States plundered more than one hundred years ago have finally returned to the Philippines. On the evening of December 15, the Philippines held a handover ceremony for the three bells, and relocated them to Balangiga, Samar. Philippine President Rodrigo Duterte, US Ambassador Sung Kim and local officials also attended the ceremony. 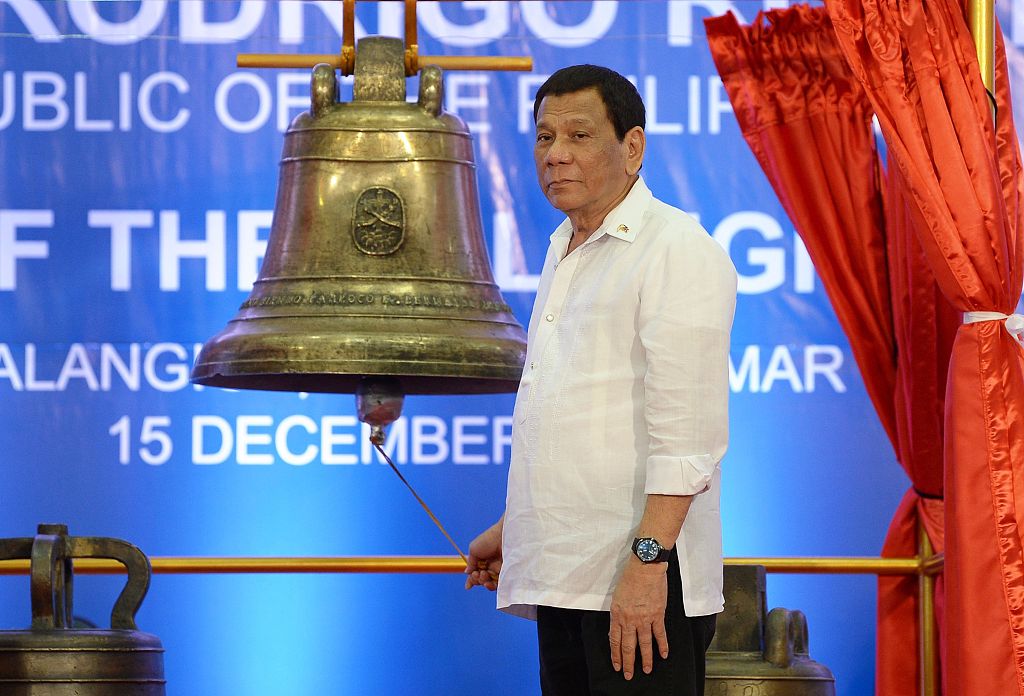 President Duterte gestures as he rings one of the Balangiga bells during a handover ceremony in Balangiga, Eastern Samar yesterday. (Photo: VCG)

Samar was the island where US troops in 1901 massacred thousands of Filipinos to avenge an ambush that killed 48 of their comrades. US troops also took the bells as war trophies because the three bells were used as signals of Filipinos guerrillas attacking the US military.

"The bells were returned because of the fervent prayers of the entire Filipino nation," Duterte said last night at the town plaza here, paying tribute to Filipino and American soldiers who gallantly fought during the Philippine-American War in 1901. "Nobody but nobody can claim a single credit for the generous act of the Americans. When there is a return, the credit goes to the American people and the Filipino people," the President said.

After he formally turned the bells over to local officials, Duterte kissed one bell, to the delight of the crowd who beamed with pride as they heard the bells tolling for the first time since their return. The local people rejoiced because after 117 years, the bells rang again over the town of Balangiga.

John Law, the deputy chief of mission at the US embassy in the Philippines, acknowledged that it was "time to do the right thing." John said that the return of the bells is something the United States should do, which also closes a painful chapter in the history of US-Philippine relations. 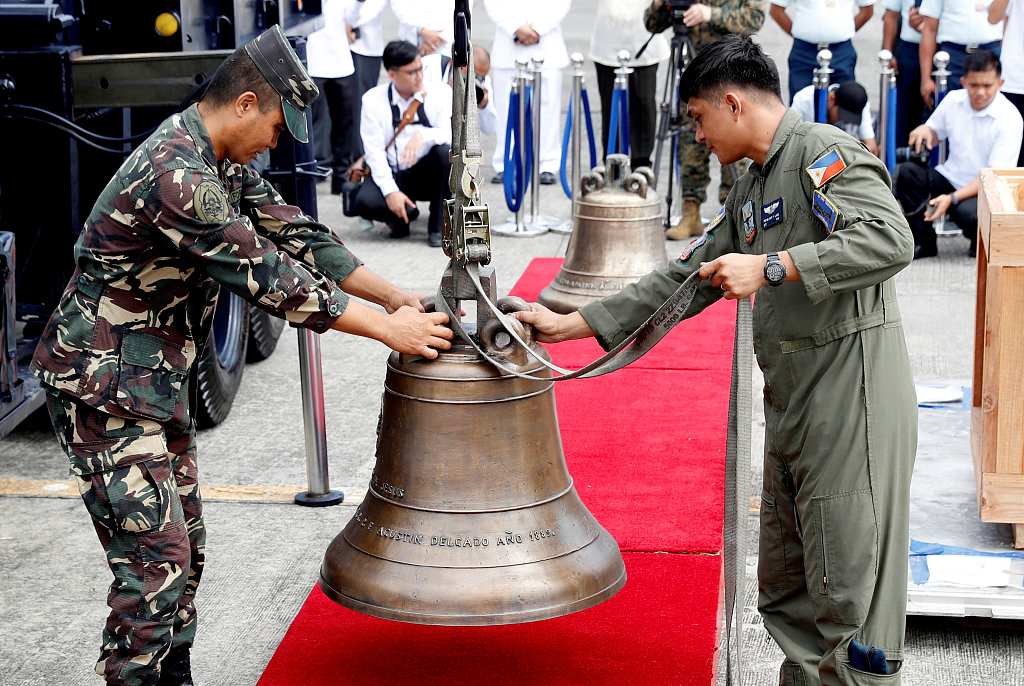 Manila had pushed for the bells' return since at least the 1990s, with backing from Philippine presidents, its influential Catholic Church and supporters in the United States. But the repatriation was long held back by some American lawmakers and veterans who viewed the bells as tributes to fallen soldiers.

A confluence of factors earlier this year, that included a key veterans' group dropping its opposition, culminated in the bells landing in Manila aboard a US military cargo plane on Tuesday for a solemn handover.