WORLD After a month of shutdown, US federal workers turn to food banks

After a month of shutdown, US federal workers turn to food banks

Most never needed help from a food pantry. But a month since the US government shutdown began, dozens of federal employees have been lining up in Brooklyn for basics. 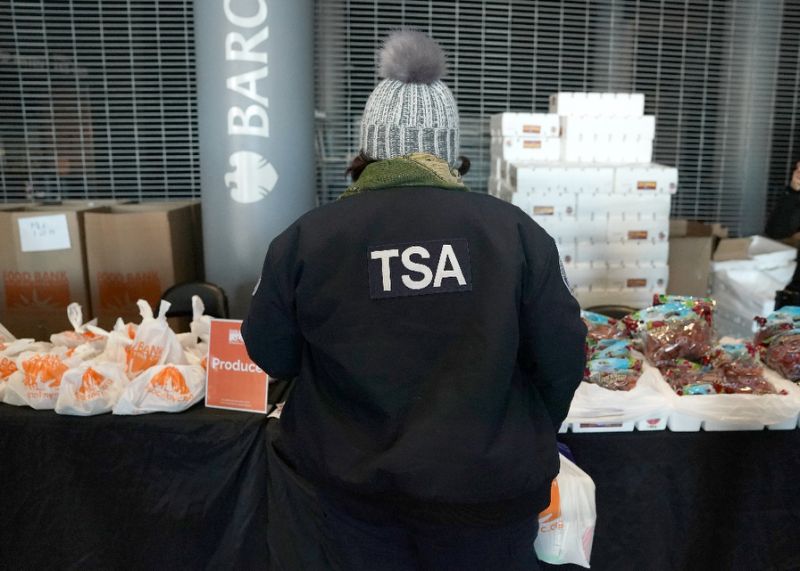 Customs, tax and emergency management officials are all among the crowd, having gone unemployed since December 22.

Others deemed "essential" like transportation workers or prison guards are forced to continue working without pay, taking advantage of their lunch breaks to stock up.

Volunteers are manning distribution tables in the lobby of the New York borough's Barclays Center, which usually hosts concerts or sporting events rather than charity drives.

Those in need first register and then fill plastic bags with canned goods, potatoes, chicken, grapes and basic toiletries.

"I came here to grab some goods, to be honest," said Antoinette Peek-Williams, an employee of the Homeland Security Department, who came an hour by subway from Harlem.

"Any way I can save money and put towards something else -- that's what I am trying to do."

"Praying that they make a decision sooner than later." 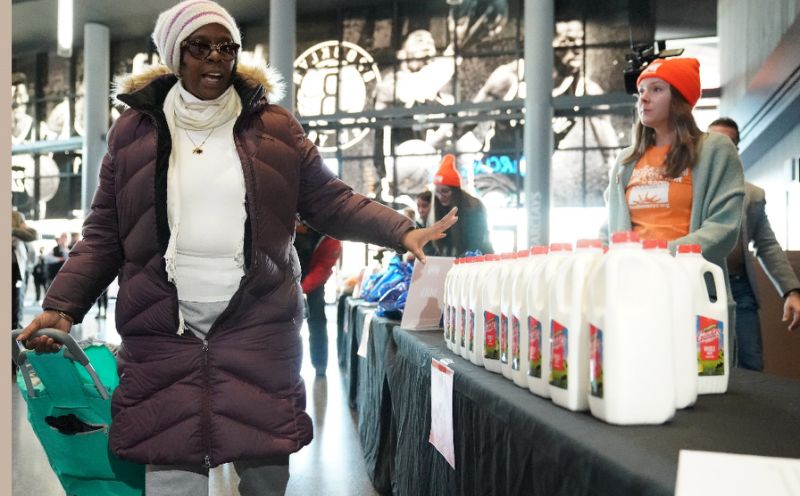 She hopes to return to work on February 1 -- an optimism of which she's no longer so certain.

"I am a person where the glass is always half-full," said the mother of a college student.

It's a sentiment echoed by Chante Johnson, a tax administrator.

She provides for a daughter along with her mother, and says she hasn't been able to sleep or eat healthy since being out of work.

"I just want them to open it up," she said. "Start talking and open up the government."

For those federal workers forced to work without pay, the situation is even more tense.

They can only testify anonymously, sworn to confidentiality.

"It is very stressful," said one 39-year-old single mother, who works as a prison guard at Brooklyn's federal detention facility. 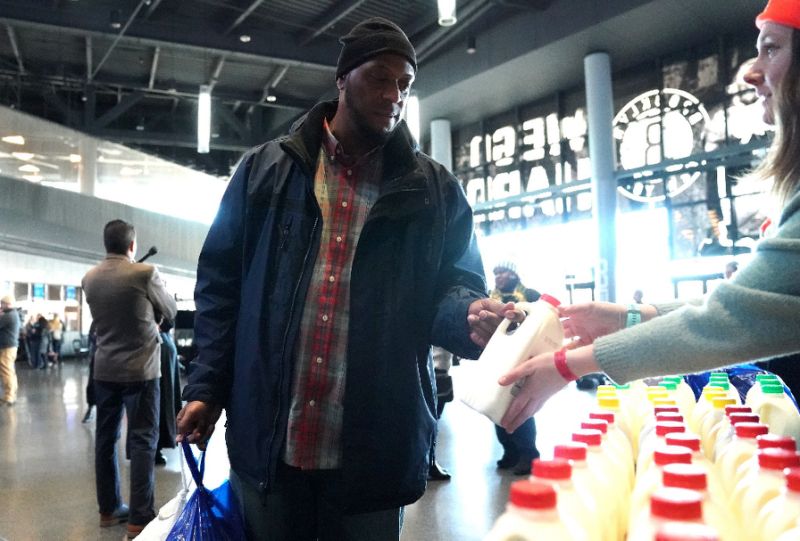 She came to the food pantry on her lunch break seeking enough to prepare a few meals.

Her daughter is nearing the end of high school, and as students apply for universities, she laments being unable to pay her child's application fees.

She managed to postpone the monthly bill for her cell phone -- which she needs for work -- albeit with a late penalty.

But she won't be able to make it after mid-February.

"After that I won't be able to go to work," she said, saying she won't have money to fill her car's gas tank.

The shutdown has exacerbated an already precarious situation in a city where soaring rents are pushing more and more families into poverty, said Francisco Tezen, head of development at the Food Bank for New York City.

The non-profit, the city's largest food assistance organization, hosted the distribution along with corporate sponsors.

"Something like this is unprecedented, it's almost equivalent to times when we have had to activate response and services in response to a disaster," said Tezen. 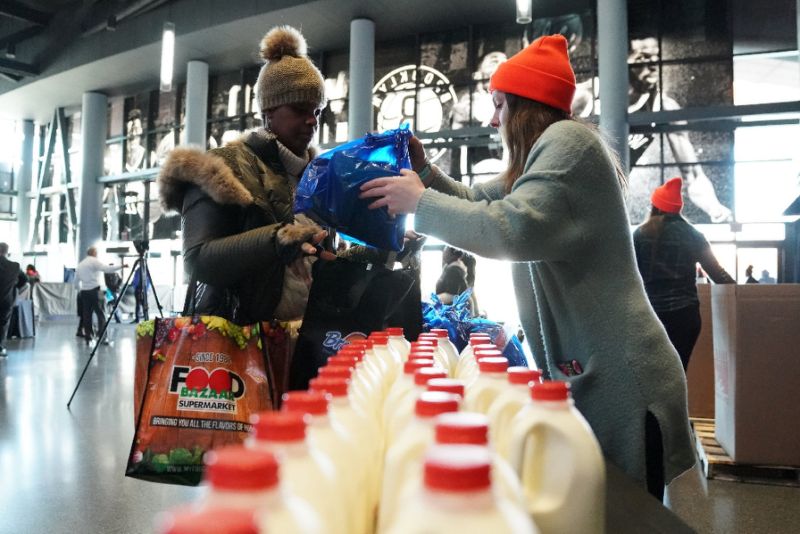 "Just the length of period of time, and the volatility and the unknowns."

Organizations like his "can be of assistance and help," he said -- "but we are not an antidote to gridlock or just bad policy."

He refrained from pointing specific blame for the political stalemate, but many in New York, a Democratic stronghold, pin culpability on Donald Trump.

In Johnson's view, the border situation is not dire enough to require the $5.7 billion the president has demanded to build a wall.

"What happened? Did a Mexican beat him up as a little boy so he is so gung-ho on this wall?" she asked. "Talk about it and get us back to work.

"Get us back the work that we love doing."