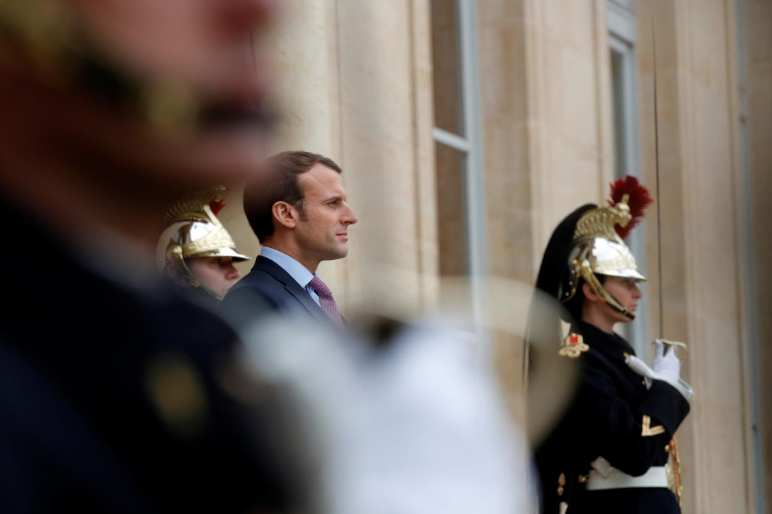 French President Emmanuel Macron’s popularity rose above 50 percent for the first time since he was elected in May with people approving of the way he defends the country’s interests abroad, a poll showed on Tuesday.

The poll, conducted by Ifop-Fiducial for Paris Match magazine, saw the head of state’s popularity jump 6 percent compared to the same survey in November.

It comes after Macron undertook a three-day tour to Africa promising a break from the past. During the trip, he was praised for his direct approach with students at a university in Burkina Faso.

“The French appreciate his way of making contact with people and to speak openly even if he didn’t announce anything,” said IFOP’s deputy chief Frederic Dabi.

The jump in popularity also comes at a time when the French right is more fractured than at almost any point in the modern-day Fifth Republic, leaving opposition to Macron negligible.

On the negative side, 57 percent of people said they believed that Macron was not in tune with the concerns of the French.

The poll, carried out between December 1-2, said that some 42 percent of people saw the far-left Insoumise party as the main opposition to Macron compared to just 22 percent for the conservative The Republicans and 21 percent for the far-right National Front.