It was a night Dr. Bassam Osman says changed his life. At around 6 p.m. on Aug. 4, the 27-year-old surgical resident was about to leave his daily hospital shift. Then a massive explosion shook Beirut. 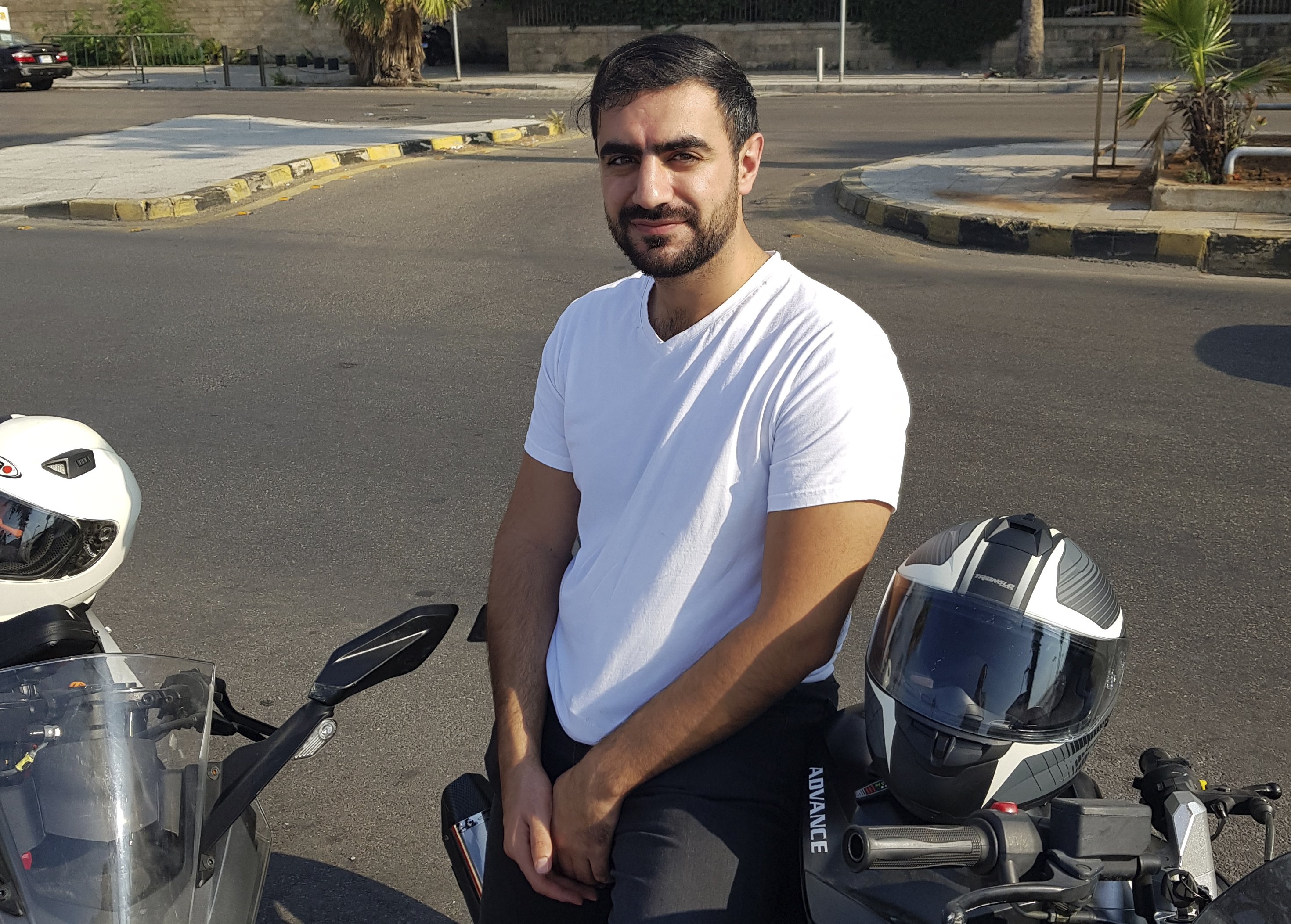 In this August 27, 2020 provided by Bassam Osman, Dr. Bassam Osman, a 27-year-old surgical resident, poses for a picture, in Beirut Lebanon. (Photo: AP)

The floodgates opened and hundreds of wounded poured into the American University of Beirut Medical Center, one of Lebanon's best hospitals.

The medical staff of around 100 doctors, nurses and aides juggled priorities and space in treating the torn-up and bloodied men, women and children. They sutured wounds by mobile phone lights when electricity conked out. The wounded kept streaming in because several other hospitals closer to the port were knocked out of service by the blast.

Veteran doctors who had worked through Lebanon's civil war said they'd never seen anything like it. In six hours, they used up a year and a half's worth of emergency supplies.

Osman ended up working the next 52 hours straight. He treated more than two dozen patients. He lost one.

"There was no moment in my life where I felt more in touch with my own and my surrounding humanity," Osman said of those 52 hours in a tweet afterward.

Osman, at the beginning of his career, finds himself in a medical field far different from what he expected when he entered the profession.

Lebanon's health facilities were once considered among the region's best. In a short time, they have been brought to near collapse, battered by Lebanon's financial meltdown and a surge in coronavirus cases, then smashed by the Beirut explosion.

But the blast has also given Osman a greater sense of duty. That day's trauma, he says, forged a deeper emotional bond between doctors and patients, left with no one else to trust in a country where politicians and public institutions take no responsibility.

The disaster, caused by explosive chemicals left untended for years at Beirut's port, has stoked anger at Lebanon's corrupt officials, who are also blamed for driving the country of 5 million into near bankruptcy. More than 190 people were killed in the explosion, thousands hurt, and tens of thousands of homes were wrecked.

"Day by day, these (crises) are becoming our normal life," Osman told the AP. "We are tired... It feels like one long marathon."

Harder days may be ahead, he feels.

The blast exacerbated shortages in medical supplies caused by the financial crisis. Replacement supplies are not coming fast enough.

In one of Osman's recent operations, lack of supplies nearly turned a small but critical procedure into invasive surgery. Osman and the other surgeons didn't have the right size balloon to expand the patient's arteries and were about to open her chest, before they found a way to improvise a replacement.

Medical facilities hit by the economic meltdown are laying off staff. More doctors are emigrating. Osman's salary, denominated in Lebanese pounds, dropped in value from nearly $1,300 to just around $200 a month because of the local currency's crash.

It will cost nearly $30 million to repair health facilities damaged by the blast, the World Health Organization estimates. Eight hospitals and 20 clinics sustained partial or heavy structural damage. Two hospitals remain largely out of service. One, deemed totally unsafe, has to be leveled and rebuilt.

The blast damaged the WHO's main warehouse for medical supplies, destroying a shipment of COVID-19 protective equipment. It destroyed an COVID-19 isolation center used for migrant workers and vulnerable groups, and damaged centers for HIV and tuberculosis.

The strained health system faces a coronavirus surge. Since the Aug. 4 blast, there has been a 220% increase in reported infections, according to the International Rescue Committee.

COVID-19 patients are filling hospital and ICU beds. More than 25,000 confirmed cases have been reported, and 8% of all tests are coming back positive, according to the lead COVID-19 doctor Firas Abiad. More than 250 people have died. The number is expected to rise, with 115 patients in ICU, up from single digits before July.

The increase is partly due to the explosion's after-effects, including overcrowding in health facilities, displaced people sheltering with family and friends, and disrupted water networks and loss of hygiene items, said Christina Bethke, a WHO coordinator of the emergency response.

Hit by the financial crisis, many cannot afford medical treatment. In the weeks preceding the explosion, Osman said he and his colleagues thought things had hit their worst when they saw people leaving the hospital because they couldn't pay for admission.

Then the blast came.

Osman can't forget the patient he lost that day.

The young man came in with a hole in his heart and was whisked to the operating room. When the hole was closed, the team noticed bleeding in the abdomen and tended to that. But he also had a brain hemorrhage. In the chaos, the doctors had no time for imaging to detect it. The patient died.

Osman knows only the first digits of his medical number: Patient AAA. He's trying to find out his identity — at least his name, or where he was when the blast went off, or whether he has family looking for him.

"I feel like I need to find closure for this operation, especially because we tried so hard," he said.

Since the blast, there is a new "intensity of emotion" between doctors and patients, Osman said.

One woman reached out to Osman on social media, seeking advice for a plastic surgeon because her wounds were stitched badly on the day of the blast — not realizing he was the one who did the stitching.

Osman admitted responsibility, saying the sutures were done under mobile phone lights. He invited her to return. She did, for coffee. He got to apologize in person, and she, in an Instagram post, thanked him for "putting her back together" and saving her life.

Osman called it one of the most rewarding and heartwarming experiences.

Another difference: Patients want to talk. Needing to unburden themselves, they talk about how they lost their homes, what happened to them in the blast, how they can't afford treatment — "then they start talking about the whole situation in the country," he said.

"People can trust us, not only with their health but also their emotions ... I think the emotional injury is much more severe than the physical one," he said.

Osman said he welcomes it. "I try to make it personal with patients," he said. "I'm not here just to do my job and leave."

Osman has two more years in his residency, then he plans to go on a fellowship abroad. He said that previously it was "a question mark" whether he would return to Lebanon when it was over.

After the explosion, he is certain he will.

"After I witnessed how much potential there is to give as a doctor in a country like Lebanon ... I realized that the question marks have all gone away."