After difficult G7 summit, UK's May warns against unilateral action 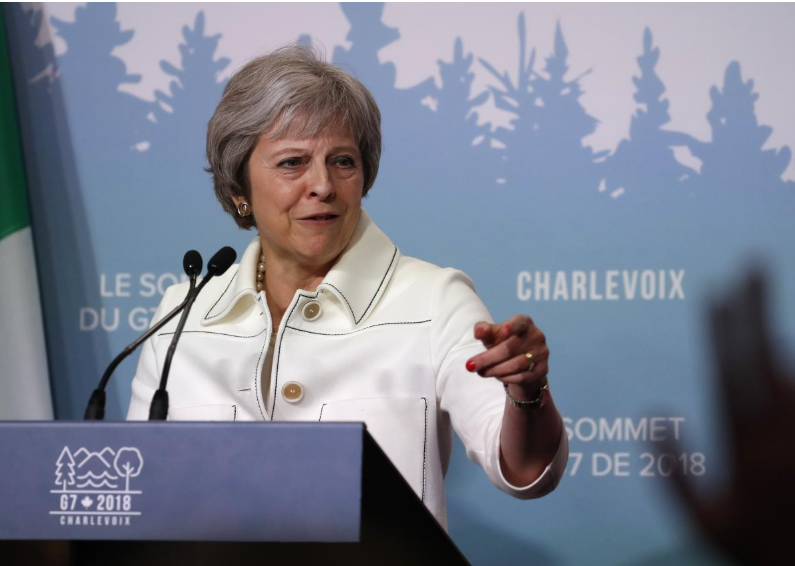 Britain's Prime Minister Theresa May takes a question as she addresses the final news conference of the G7 summit in the Charlevoix city of La Malbaie, Quebec, Canada, June 9, 2018. (Photo: Reuters)

British Prime Minister Theresa May said on Monday that a meeting of the Group of Seven leaders in Canada had been “difficult” and that countries had to avoid taking unilateral action in order to protect the global trading system.

A divisive summit in Canada at the weekend ended with US President Donald Trump firing off a volley of tweets, venting anger against NATO allies, the European Union and Canadian Prime Minister Justin Trudeau.

Trump has slapped import tariffs on metals, saying he has to protect American jobs against what he says is unfair competition.

“This was a difficult summit with, at times, some very candid discussions,” May told parliament.

Having left the G7 summit early, Trump’s announcement that he was backing out of a joint communique torpedoed what appeared to be a fragile consensus on the trade dispute between Washington and its main allies

May said that she would not ignore the concerns of allies, but that multilateral action was the right way to address the problems caused by globalization for workers in some countries.

“It cannot be done by taking unilateral action against your partners,” she said. “So at this summit, we expressed deep disappointment at the unjustified decision of the United States to apply tariffs to steel and aluminum imports.”

May warned of the risks of a tit-for-tat escalation of the trade dispute and said Britain continued to support the G7 communique, which mentioned the need for “free, fair, and mutually beneficial trade” and the importance of fighting protectionism.

Responding to Trump’s call for Russia to be readmitted to the G7, turning it back into the G8, May said there had been “good reason” to expel Moscow after its annexation of Ukraine’s Crimea peninsula in 2014.

“Any conversations about whether or not Russia can come back round the table cannot take place until Russia has changed its attitude,” she said.

Britain’s strained relationship with Russia deteriorated further this year when May accused Moscow of being behind a nerve agent attack on a former Russian spy and his daughter in England in March. Russia denies involvement in the poisoning.