After frustrating year, US soybean growers call for resolution to US-China trade dispute

MINNEAPOLIS, the United States, Aug. 12 (Xinhua) -- For Jamie Beyer, president of the Minnesota Soybean Growers Association (MSGA), and her folks in the U.S. soybean farming industry, life was far from easy over the past year. 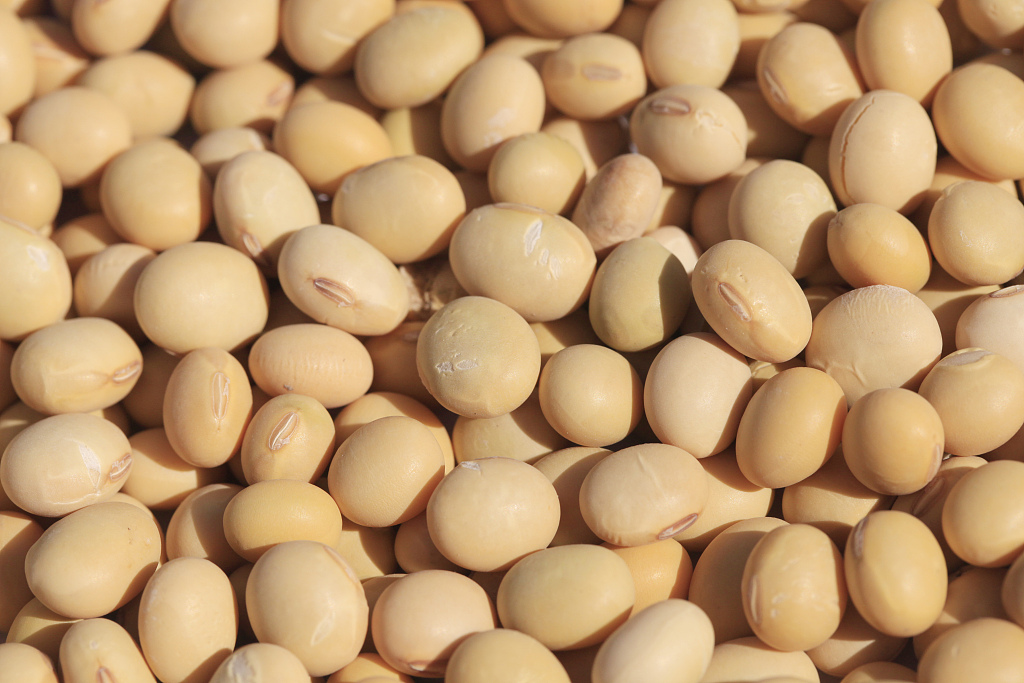 "We're frustrated more than anything. We have a good product in soybeans. We have a good customer in China and being prevented from trading with them is difficult," Beyer, also a soybean grower in the midwest U.S. state of Minnesota, told Xinhua late last week.

"Let's move forward to a resolution," said Beyer, who married into farming in 2003 and joined the MSGA in 2015.

China is the largest overseas market for U.S. soybeans, Beyer said. "If you think of a soybean field and they're all growing in a row, one out of three rows goes to China."

"It's a market that we've been working on over 20 years to develop," she said, adding that sustainable trade with China help farmers thrive and run a lucrative business.

Beyer noted that the trade partnership is extremely crucial to Minnesota as soybeans are the biggest agricultural export in the state with about 28,000 locals engaged in growing the crop.

"We have thousands of small communities throughout the state that are dependent on agriculture," she said, adding that farming is the primary occupation for many small towns.

However, U.S. soybean farmers have felt the collateral damage of the administration's tariffs against China.

Since 2018, the U.S. administration has placed several rounds of additional tariffs on Chinese imports. In retaliation to the moves, China levied tariffs on a list of items imported from the United States, including soybeans.

As the world's largest consumer of soybeans, China was the destination for about 60 percent of U.S. soybean exports before the trade dispute.

The ratio dropped to 17.9 percent in 2018 as a consequence of the U.S. trade protectionism policies.

"Most people broke even. That was a good case scenario by breaking even," Beyer told Xinhua, detailing U.S. soybean growers' profit margin in the past year.

"Our paycheck is dependent on the market. Every day we're checking the market to see what the prices are doing," said Beyer, whose family farm has 1,500 acres (about 607 hectares) of soybeans.

After going through a tough year, what's next? It's simply a question that has been lingering in almost every farmer's mind these days.

"It's so unpredictable. The uncertainty is the hardest part for farmers," she said.

Beyer said that resolving the trade dispute with China tops her biggest wishes this year, as U.S. farmers want to "have a satisfied customer," which "happened to be China for many years."

Beyer's views have been widely shared by many other U.S. bean growers.

"China has been a very important market to the United States, and we wanna continue to be a reliable supplier," said Kevin Paap, president of the Minnesota Farm Bureau.

Paap, the fourth-generation owner of his family farm that primarily produces soybeans and corn, said the United States and China should negotiate to figure things out.

"If we can work together to come up (with) some agreements that benefit both sides of that agreement, it's very important to agriculture," he said, adding that U.S. farmers want trade rather than aid.

The American Soybean Association (ASA), which represents more than 300,000 soybean farmers, issued a statement early May, opposing using unilateral tariffs to address U.S. trade deficits with China and other countries.

Instead, the organization suggested the negotiation of trade agreements and other measures that can increase U.S. agricultural exports, including soybeans.

If it continues, the friction will become increasingly difficult to recover, said Davie Stephens, ASA president and soybean grower from the U.S. state of Kentucky.

"With depressed prices and unsold stocks expected to double by the 2019 harvest, soybean farmers are not willing to be collateral damage in an endless tariff war," he said.

So far, many individuals, organizations as well as business groups in the United States have voiced their concerns about the tariffs' ripple effects on both relative industries and the broader U.S. economy, while hoping for a final settlement.

U.S. anti-tariff advocacy group Tariffs Hurt the Heartland has warned that as the country's trade disputes with its trading partners persist, repercussions will be felt by farmers, factory workers and everyday consumers nationwide.