After Mueller, Trump says he'll fight Dems on all fronts 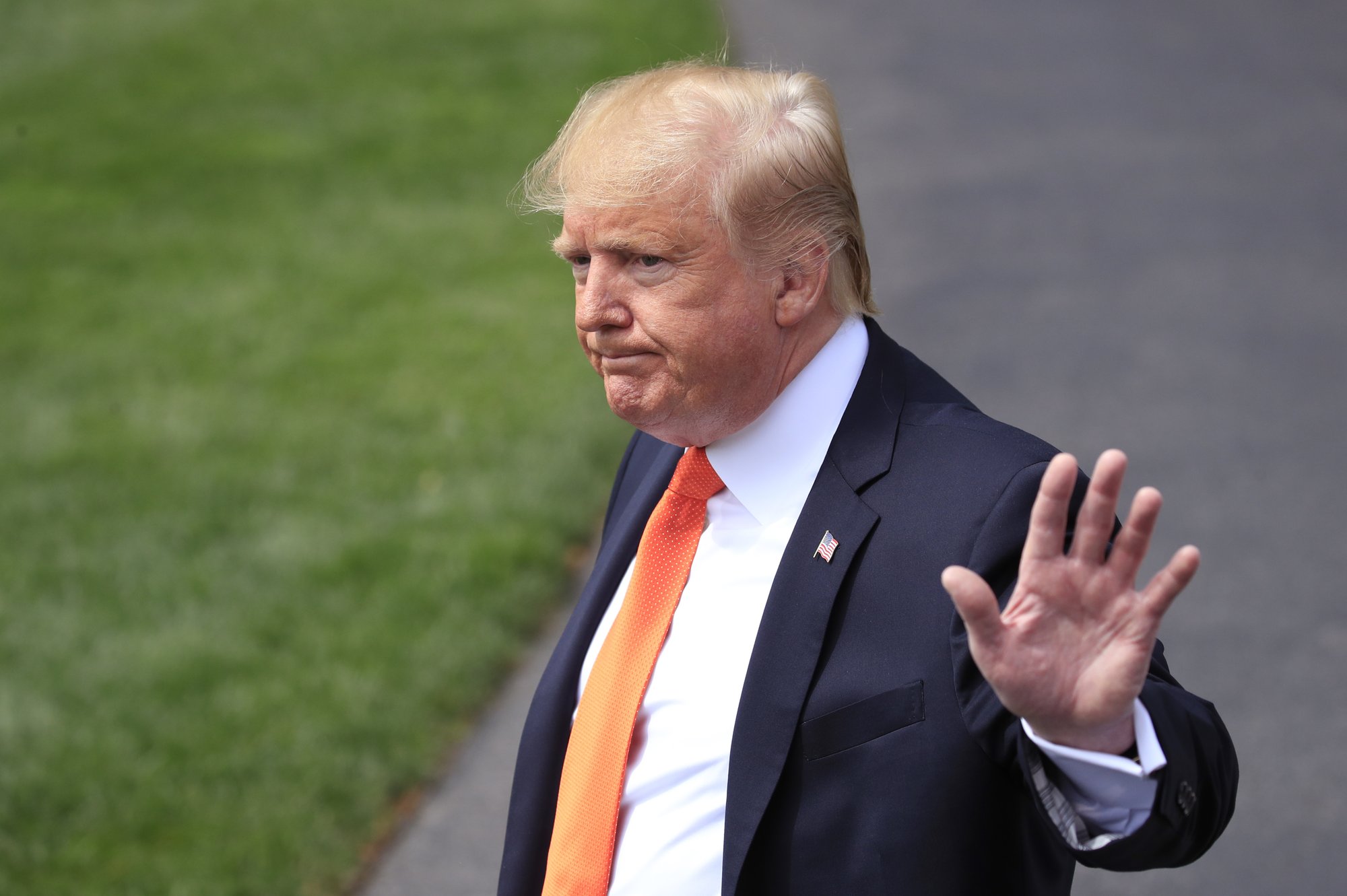 President Donald Trump waves after talking to reporters as he leaves the White House in Washington, Wednesday, April 24, 2019. (Photo: AP)

US President Donald Trump declared Wednesday that he and his administration will battle House Democrats on all legal fronts after the special counsel’s Russia report, refusing to cooperate with subpoenas and appealing to the Supreme Court if Congress tries to impeach him.

Trump, seething as Democrats ramp up their probes after Robert Mueller’s Russia investigation, said he “thought after two years we’d be finished with it.”

“I say it’s enough,” Trump told reporters on the White House’s lawn as he left for an event in Atlanta, accusing the Democrats of using investigations for their electoral advantage in 2020.

Trump said his administration would be “fighting all the subpoenas.”

One congressional subpoena the administration is expected to resist calls for an appearance by Don McGahn, the former White House counsel who cooperated with Mueller. And the White House is pushing back on other fronts, including House Democratic efforts to obtain Trump’s tax returns and his business’ financial records.

But Trump’s strategy for fighting impeachment at the Supreme Court could run into a roadblock: The high court itself said in 1993 that the framers of the US Constitution didn’t intend for the courts to have the power to review impeachment proceedings. The Supreme Court ruled that impeachment and removal from office is Congress’ duty alone.

“I DID NOTHING WRONG,” Trump tweeted. He said not only are there no “High Crimes and Misdemeanors,” one of the bases for impeachment outlined in the Constitution, “there are no Crimes by me at all.”

He alleged Democrats committed crimes and said they’re looking “to Congress as last hope!” because “We waited for Mueller and WON.” That was a reference to special counsel Robert Mueller’s report into Russian meddling in the 2016 election that was aimed in part at helping Trump defeat Democrat Hillary Clinton.

The Mueller report did not establish a criminal conspiracy between Trump’s campaign and Russia to influence the presidential outcome but revealed that Trump tried to seize control of the Russia investigation. In the report, released last week, Mueller laid out multiple episodes in which Trump directed other people to influence or curtail the investigation after the special counsel’s 2017 appointment, but he said those efforts “were mostly unsuccessful,” largely because “the persons who surrounded the President declined to carry out orders or accede to his requests.”

Trump also claimed Wednesday that the Democrats were overreaching in trying to obtain his tax returns because he assumed Mueller already had obtained that record. But the redacted version of the special counsel’s report released last week does not include material that appeared gleaned from the president’s returns.

There is no evidence that Mueller tried to obtain the returns. And the allegations the special counsel investigated weren’t tax related, which is one of the criteria needed by the Department of Justice to obtain the material.

Trump’s threat to “head to the US Supreme Court” would seem to face an uphill battle. In his 1993 opinion, Chief Justice William Rehnquist wrote that a federal judge’s appeal of his impeachment was not reviewable by courts. He said the framers of the Constitution “did not intend for the courts to have the power to review impeachment proceedings.”

If the courts were allowed to review impeachments, Rehnquist wrote, it could plunge the country into “months, or perhaps years, of chaos.”

But House Speaker Nancy Pelosi has urged divided Democrats to focus on fact-finding, rather than the prospect of any impeachment proceedings.