The French are expected to flock to restaurants, museums and cinemas when they reopen on Wednesday, but bad weather and social distancing may cast a pall over scenes of people toasting a return to semi-normality after months of COVID-19 curbs. 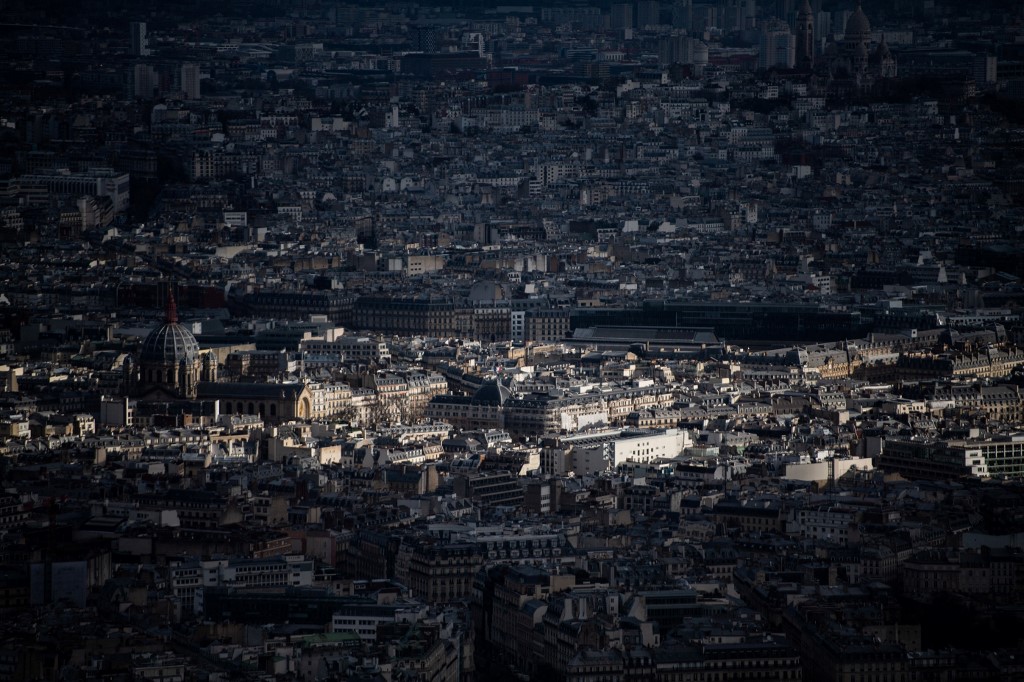 A picture taken on February 1, 2021 in Paris, shows a ray of light on buildings. (File photo: AFP)

Cafes and restaurants with terraces or rooftop gardens have been inundated with bookings for the return of outdoor dining, under the second phase of a lockdown-lifting plan that should culminate in a full reopening of the economy on June 30.

Museums, cinemas and theatres are also reopening after being closed for more than six months, during which they relied chiefly on state aid to remain afloat.

But with the weather service forecasting showers across much of the country -- possibly even snow in the Alps -- and most venues allowed to use only half of their outdoor seating, some of the 40 percent of French restaurants that boast a terrace are expected to take a rain check on resuming operations.

A night-time curfew that will be pushed back two hours to 9:00 pm starting Wednesday could also put a damper on the revelry, which will be limited to six people per table.

Stephanie Mathey, owner of three Paris bistros, told AFP she was treating this stage of the reopening as a dress rehearsal for the summer.

"Like a diesel engine, we'll be warming up slowly," she told AFP.

On June 9, restaurants will be allowed serve indoors, followed by a further easing of measures on June 30 when the curfew will be fully lifted.

Beyond having a coffee or glass of wine on a terrace, many people are also looking forward to seeing a film in a cinema or catching a play or an exhibition.

"We are glad to be able to welcome you again," the Louvre museum, the world's most visited, wrote on its website, where demand was brisk for tickets to a Renaissance sculpture show.

Clothes shops and other non-essential stores are also reopening on Wednesday under a timetable set out by President Emmanuel Macron after a severe third wave of COVID-19 infections peaked last month.

The number of coronavirus patients in intensive care had fallen to 4,250 on Monday, down from around 6,000 a month ago.

Meanwhile, the government's vaccination drive has accelerated, with over 20 million people receiving at least one shot.

All the venues and businesses reopening on Wednesday are subject to capacity limits.

Concert halls, stadiums and other cultural venues are allowed fill 35 percent of their seats, with a limit of 800 people inside and 1,000 outside.

The ultimate freedom for many people, however, will come when they can walk down the street mask-free.

Health Minister Olivier Veran told BFM television on Monday he expected the rule on wearing masks outside to be lifted "soon".