After storms, new life through specimens 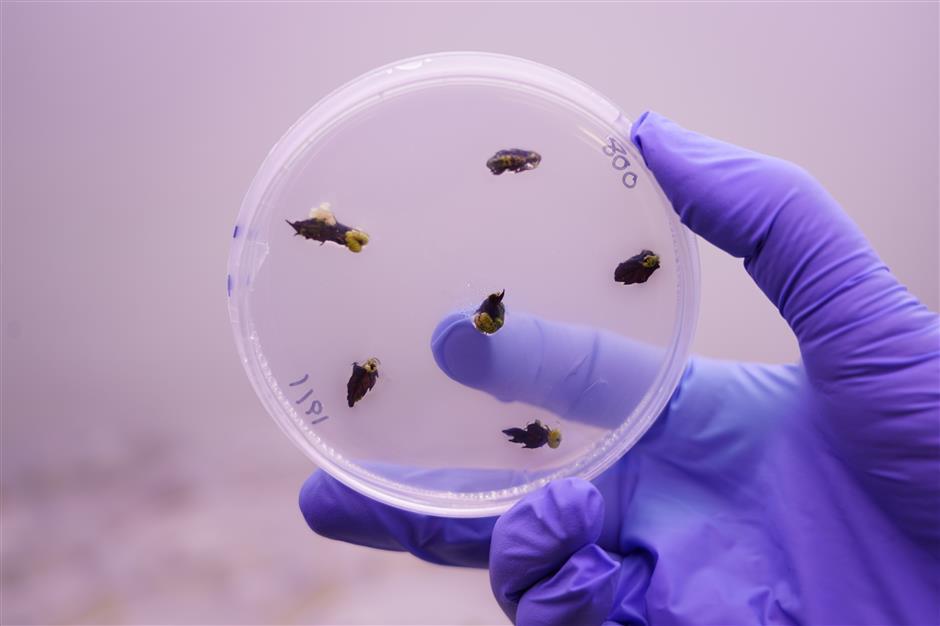 After the worst snowstorm in decades damaged half a million of Madrid’s trees, a specialist arboreal rescue team is swooping in to clone some of the most valuable specimens, creating genetically identical copies for future generations to enjoy.

Storm Filomena crashed through central Spain in early January, cutting off transport links to the capital and causing hundreds of millions of euros of damage.

“There’s been an unprecedented loss of natural heritage.”

Pruning saw in hand, he clambers under a 100-year old cork oak, which collapsed under several tons of snow.

After chopping off a long bough, he painstakingly strips away any smaller twigs and cuts it into regular 20-centimeter sections to be bundled up and sent to the lab.

The institute has been cataloguing and cloning Madrid’s noteworthy trees for 10 years, but after Filomena the agency offered help replacing trees with sentimental value.

But their broad leaves make them highly vulnerable to heavy snow.