WORLD After storms, Texans brace for one difficulty after another

After storms, Texans brace for one difficulty after another 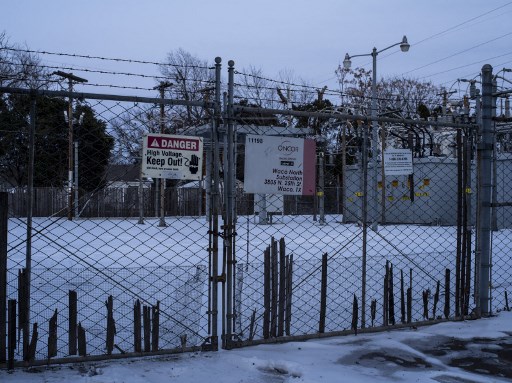 Photo: An Oncor power substation is surrounded by snow in Waco, Texas, on February 18, 2021. A deadly winter weather system that brought record-busting cold to the southern and central United States, knocking out power for millions in oil-rich Texas, blanketed the East Coast in snow February 18, 2021, disrupting coronavirus vaccinations. / AFP

Washington (People's Daily)- Extreme winter weather has hit much of the US hard for days. At least 38 people died and power outages were reported.

States in the US are struggling with harsh weather that made many roads impassable and put vaccine distribution on hold. While the country is still facing more storms in coming days, conditions are likely to remain dire.

The worst power outages were in Texas, usually a warm state. At press time, about 500,000 people remained without power and many without running water or heat.

Wholesale electric prices spiked more than 10,000 percent in Texas by February 15, according to a report by Reuters citing data provided by the Electric Reliability Council of Texas (ERCOT).

Long queues have been seen in stores where the electricity was still connected. Even food banks faced a drop in supplies from grocery stores, their main source of donated food.

Texas Governor Greg Abbott warned residents on Thursday to be prepared for coming days, as the cold temperatures will last.

But people are asking why wealthier neighborhoods in the state never lost power.

There are three interconnected systems in the US including one covering Texas. US media has claimed that the power system that serves 95 percent of the state is intentionally isolated from the rest of the US.

For decades, Texas has evaded federal regulation of its power generation industry, according to a report by the Washington Post.

The problems reveal US unpreparedness for natural disaster. With the harsh weather being the direct cause, there are still difficulties Texans have to brace for during and after storms.