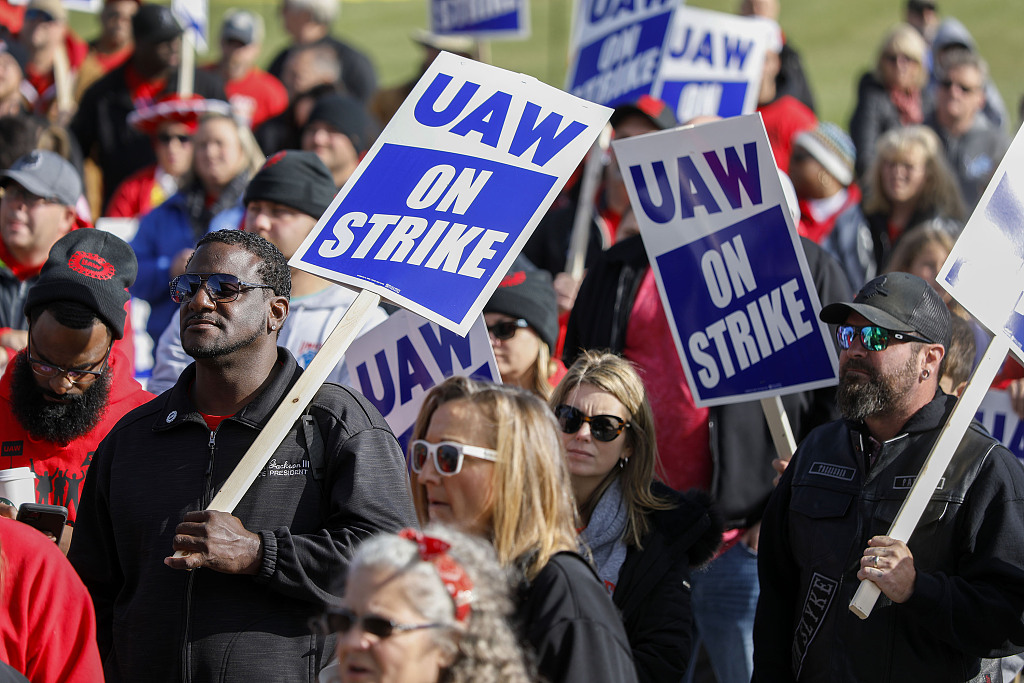 All fall, as the United Auto Workers launched and ended a lengthy strike amid contract talks with Detroit's "Big Three" manufacturers, the union has been shadowed by a growing corruption probe.

The scandal -- which led to last week's leave of absence announcement from UAW President Gary Jones -- has centered on bribes and kickbacks as well as revelations that some union officials and auto executives effectively stole money meant for worker training and spent it on golfing outings, pricey cigars and fancy meals.

From all appearances, hourly workers have set aside frustrations with UAW leadership during the crunch period of contract talks, backing a 40-day strike at General Motors that ended last month before negotiations with Ford and then Fiat Chrysler.

But once the dust settles and the contracts have been ratified, the UAW will be at a crossroads, labor experts said.

"During the strike they had to ignore it and put it on the backburner," Joshua Murray, a Vanderbilt University sociologist, said of worker anger at the corruption probe.

"But they recognize that the leadership has lost their confidence and there needs to be a reckoning."

Just how much the UAW will change remains unknown at this point.

But the upheaval is also coming at a time of flux in US politics, with leading Democratic presidential contenders like Bernie Sanders and Elizabeth Warren favoring a more muscular approach towards corporate power and wealth.

The UAW, for its part, has unveiled "clean slate" reforms to tighten audits of training centers and stiffen oversight of travel expenses and credit card spending.

The union's clout has diminished in the United States in recent decades as foreign automakers have built plants in anti-union southern states, mirroring a broader decline in organized labor.

The share of the auto manufacturing workers represented by a union fell to 17.3 percent in 2018 from 29.1 percent in 2005, according to Unionstats.com.

Jones, who has not been indicted, was replaced by Rory Gamble as acting president. Gamble is from Ford, the only one of the Big Three not implicated in the bribery scandal.

Gamble has said corrupt labor figures should be brought to justice and he promised more reforms.

He told the Detroit Free Press that he hopes the union can avoid a government intervention, such as a receivership. It is not clear whether the Department of Justice is considering such an outcome.

"We intend to do everything we can to show that we can manage our business," Gamble told the newspaper.

"We are setting into place new standards and things that will clean up our systems and make sure we are guarded in the future against any of these type of charges."

- Shift in US politics -

Arthur Wheaton, an expert in industrial labor relations at Cornell University, said there is still no evidence of a general scandal throughout the UAW that would require a receivership or significant government leadership.

"It's an organization with 400,000 members and we're talking about 10 people," Wheaton said. "You've got a few corrupt people."

But regardless of what the government does, the UAW workers will also have a say in what comes next.

Murray characterized the GM contract as a mixed bag. To end the lengthiest US auto strike in decades, workers won a generous $11,000 signing bonus and wage increases.

But the deal also cleared the way for the company to close four plants and did not go as far as the UAW wanted in terms of job security commitments at traditional plants as GM builds more electric cars.

"A lot of the contract decisions have been that sort of more immediate wage gains, benefit gains but giving up power and control over things," said Murray.

Murray said that recent teacher strikes in traditionally conservative states like Kentucky and West Virginia suggest "a rising tide of radicalism" among some workers at a time when candidates like Warren and Sanders favor policies to tax wealth and reign in corporate power.

Labor historian Nelson Lichtenstein, writing on the GM strike in a September article in "Dissent," called the UAW "much diminished" from its heyday, saying the inability to make headway in newer plants has been a "crippling debility for a labor organization that seeks to raise the general wage level in its industry."

Still, Lichtenstein identified a hope for organized labor amid the broader political and social outcry for measures to reign in US capitalism, such as share buybacks that exacerbate income inequality.

"Every Democratic candidate for president, from Biden to Bernie has endorsed the GM strike," Lichtenstein wrote.

"That is a shift from the past when liberals too often used a distancing rhetoric whenever a contentious stoppage threatened to upset the public," he said.

He attributed the change to criticism of share buybacks and other decisions by GM and large corporations that have de-emphasized investment in US plants and workers.