WORLD After two-year wait, Uganda gets its new cancer machine

After two-year wait, Uganda gets its new cancer machine 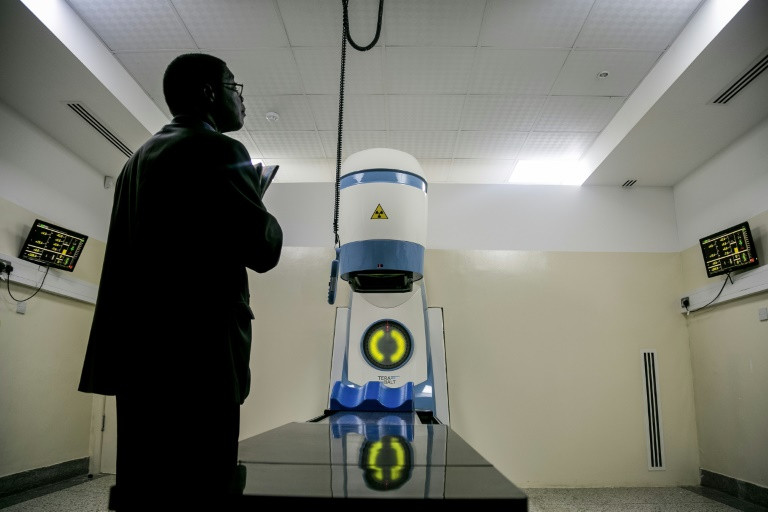 Uganda's only radiotherapy machine was officially replaced Friday, nearly two years after the previous one broke down, giving hope to cancer patients who had been denied a crucial tool against the disease.

The failure of the old machine in March 2016 caused a public outcry and was seen as symbolising the deterioration of Uganda's medical services.

Since 1995, Mulago Hospital in Kampala had become a hub for treating cancer patients across east Africa, many of them coming from countries lacking radiotherapy equipment.

On Friday, Prime Minister Ruhakana Rugunda said the new $815,000 (664,000-euro) Cobalt-60 machine, housed in a concrete bunker at the hospital, was part of a "vision of becoming the East African centre of excellence in the management of oncology."

Yukiya Amano, director general of the International Atomic Energy Agency (IAEA) which helped install the new machine, said Friday's commissioning was a "major cause of celebration".

The agency and the Ugandan government each paid half of the cost of the machine.

"In 28 countries in Africa there is no cancer machine. (Patients) cannot be diagnosed and they cannot be treated," said Amano.

Dr Jackson Orem, director of the Uganda Cancer Institute, told AFP that about 5,000 cases are referred to the institute each year.

Many patients show up with cancer that is already at an advanced stage.

The new machine is capable of treating up to 120 people a day.