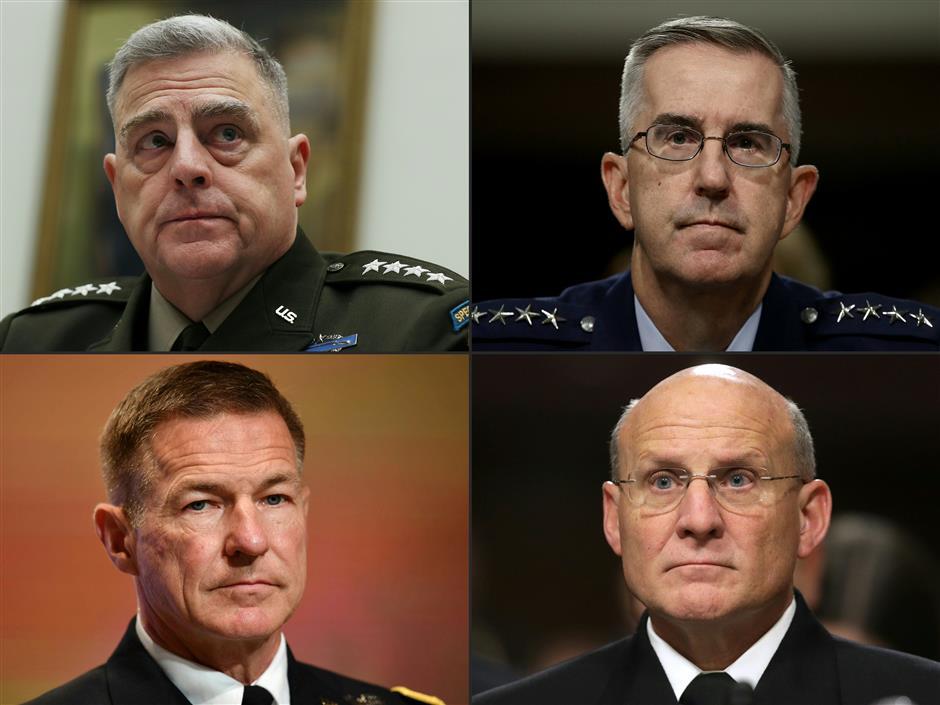 The US commander-in-chief has COVID-19 and the top military brass are isolating as the coronavirus pandemic takes a toll on the national security establishment of the country.

As COVID-19 breached the walls of the Pentagon, the Defense Department was quick to stress on Tuesday that there had been "no change to the operational readiness or mission capability of the US Armed Forces."

President Donald Trump, custodian of the nuclear codes, tested positive for the novel coronavirus last week and was hospitalized for three days, returning to the White House on Monday.

No sooner had Trump returned to work than the Pentagon announced that members of the Joint Chiefs of Staff, including General Mark Milley, the chairman, were self-quarantining.

They all tested negative for COVID-19 but would isolate after coming into contact during meetings last week with the vice commandant of the Coast Guard, Admiral Charles Ray, who tested positive for the coronavirus.

The list of those who attended meetings with May read like a Who's Who of the US military's top brass.

Also attending meetings with May were General Daniel Hokanson, head of the National Guard, General John Raymond, chief of the Space Force, and General Paul Nakasone, the director of the National Security Agency and head of US Cyber Command, the official said.

"All have been tested with no positive results to report and none are exhibiting any symptoms," the official said.

Pentagon spokesman Jonathan Hoffman said those who had come into contact with May would self-quarantine "out of an abundance of caution."

"We are conducting additional contact tracing and taking appropriate precautions to protect the force and the mission," Hoffman said. "Senior military leaders are able to remain fully mission capable and perform their duties from an alternative work location."

The Coast Guard said Ray tested positive on Monday after experiencing mild symptoms and was quarantining at home.

Defense Secretary Mark Esper was on a foreign trip last week and was not among the Pentagon officials who are going into isolation.

Esper took part in a conference on the future of the US Navy on Tuesday but did not make any comments about the quarantine situation at the Pentagon.