Aid effort picks up momentum as some Bahamians seek way out 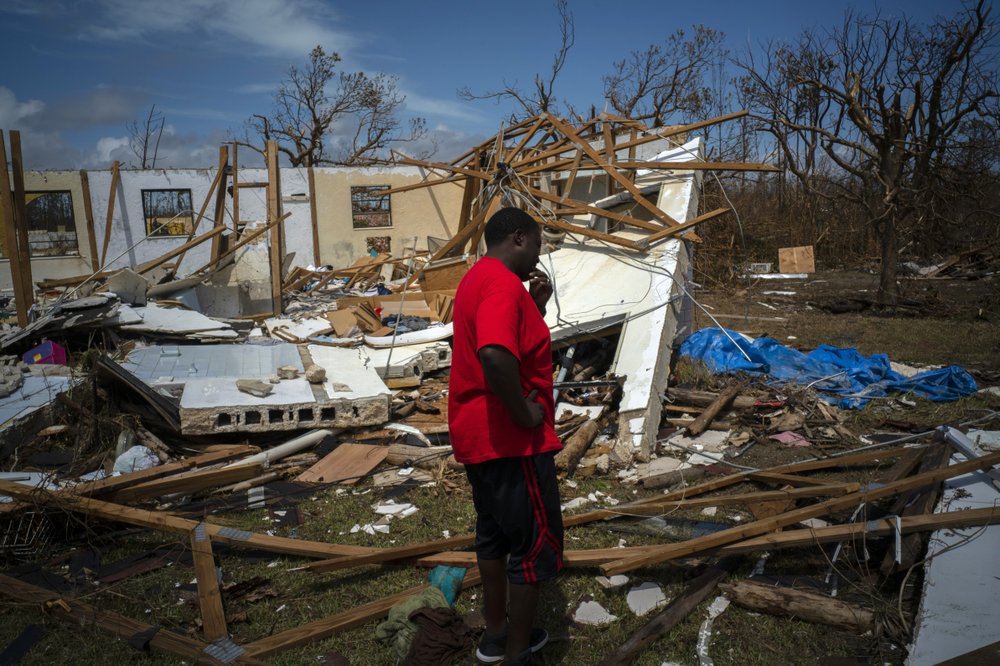 A man cries after discovering his shattered house and not knowing anything about his 8 relatives who lived in the house, missing in the aftermath of Hurricane Dorian, in High Rock, Grand Bahama, Bahamas, Thursday Sept. 5, 2019. (Photo: AP)

Carrying their meager possessions in duffel bags and shopping carts, hundreds of desperate storm victims gathered at the port in Grand Abaco on Friday in hopes of getting off the hurricane-devastated island, amid signs of rising frustration over the pace of the disaster-relief effort.

“It’s chaos here,” said Gee Rolle, who waited with his wife for a boat that could take them to the capital, Nassau. “The government is trying their best, but at the same time, I don’t think they’re doing a good enough job to evacuate the people. It ain’t livable for nobody. Only animals can live here.”

The Bahamian Health Ministry said helicopters and boats were on the way to help people, but officials warned of delays because of severe flooding.

The search for victims and survivors went on, meanwhile, five days after Dorian blasted the Bahamas with 185 mph (295 kph) winds that obliterated countless homes. Officials said 30 people have been confirmed dead, but the toll is sure to rise.

At the port, some of those who lined up behind a yellow cloth tape arrived as early as 1 a.m., hoping to get to Nassau.

“It’s going to get crazy soon,” said Serge Simon, 39, who drives an ice truck and waited with his wife and two sons, 5 months old and 4. “There’s no food, no water. There are bodies in the water. People are going to start getting sick.”

There were no government-organized evacuations yet, but the Royal Bahamas Defense Force helped people board a 139-foot (42-meter) ferry that had come to pick up its employees and had room for an additional 160 people. The crowd waited calmly as marines separated women and children to let them board first.

A British navy ship moored offshore sent in aid on a landing craft, including blankets and 500 boxes of ration packs that feed a family of four. Two private yachts also brought in supplies, including pallets of water bottles.

An array of organizations and companies, including the United Nations, Royal Caribbean and American Airlines, have mobilized to send in food, water, generators, diapers, flashlights and other supplies.

Another crowd of a few hundred gathered on Thursday at a small airport, hoping to catch a ride aboard the small planes that were picking up the most vulnerable among them, including the sick and the elderly.

The evacuation was slow, and there was frustration for some who said they had nowhere to go after the Category 5 hurricane splintered whole neighborhoods.

“They told us that the babies, the pregnant people and the elderly people were supposed to be first preference,” said Lukya Thompson, a 23-year-old bartender. But many were still waiting, she said.

Meanwhile, on hard-hit Grand Bahama Island, a long line formed at a cruise ship that had docked to distribute food and water. Among those waiting was Wellisy Taylor, a 65-year-old housewife.

“What we have to do as Bahamians, we have to band together. If your brother needs sugar, you’re going to have to give him sugar. If you need cream, they’ll have to give you cream,” she said. “That’s how I grew up. That’s the Bahamas that I know.”