WORLD Aid group: 85,000 children may have died of hunger in Yemen

Aid group: 85,000 children may have died of hunger in Yemen

An estimated 85,000 children under age 5 may have died of hunger and disease since the outbreak of Yemen's civil war in 2015, an international aid group said Wednesday. 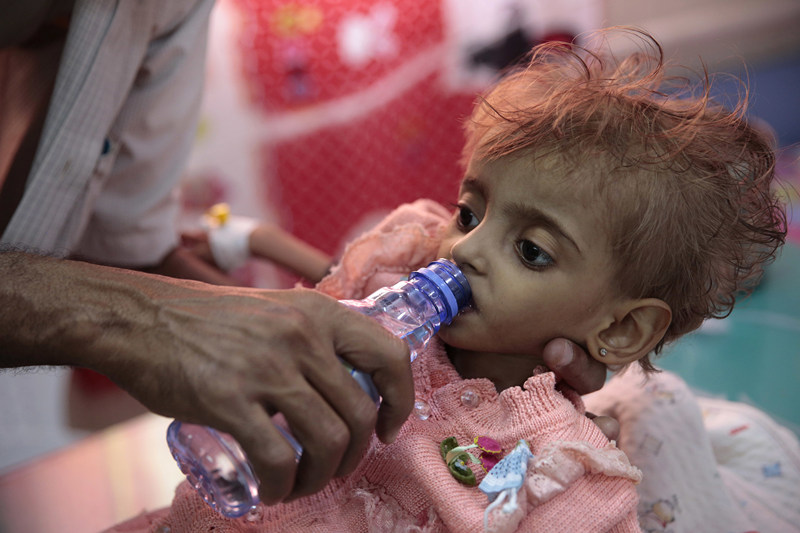 In this Thursday, Sept. 27, 2018, file photo, a father gives water to his malnourished daughter at a feeding center in a hospital in Hodeida, Yemen. (Photo: AP)

Save the Children said the "conservative" estimate is based on average mortality rates for Severe Acute Malnutrition, which the U.N. says has afflicted more than 1.3 million children since a Saudi-led coalition went to war with Yemen's Houthi rebels in March 2015.

Tamer Kirolos, Save the Children's Yemen director, says: "For every child killed by bombs and bullets, dozens are starving to death and it's entirely preventable," adding that "children who die in this way suffer immensely."

The war and a Saudi-led blockade have created the world's worst humanitarian crisis, with more than 8 million people at risk of starvation.