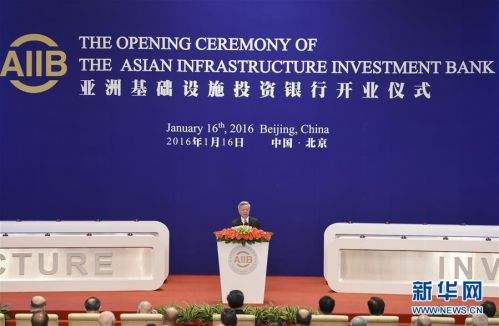 The Asian Infrastructure Investment Bank(AIIB) announced Tuesday that its board of governors had approved the Cook Islands, Vanuatu, Belarus and Ecuador to join the Bank.

"The steady expansion of our membership represents a vote of confidence in AIIB by the international community," said AIIB President Jin Liqun.

The four prospective members will officially join AIIB once they complete the required domestic processes and deposit the first installment of capital with the Bank. The shares allocated to the new prospective members come from AIIB's existing pool of unallocated shares.

Since its launch in January 2016, AIIB's approved membership has risen from 57 to 84, expanding reach within Asia and across the world.

"As we start our third year of operations, we look forward to further expanding our membership and strengthening our role in the international financial community," said Sir Danny Alexander, AIIB vice president and corporate secretary.

Headquartered in Beijing, the AIIB is a multilateral development bank focused on infrastructure investment, with a mission to improve social and economic outcomes in Asia and beyond.