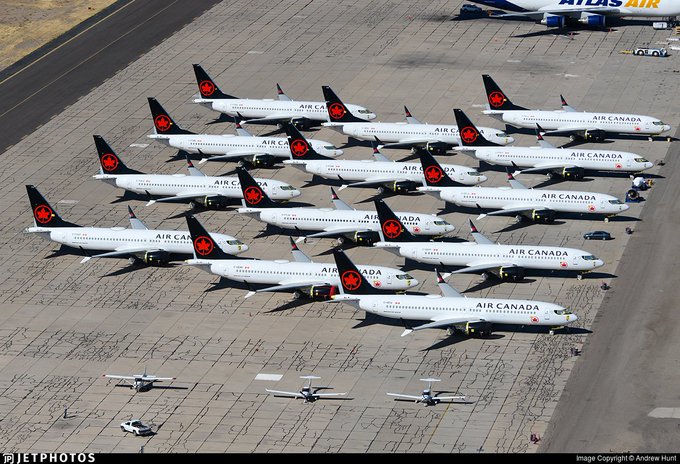 Air Canada said the flag carrier would suspend most international flights by the end of March to stop the spread of the coronavirus after the US-Canadian border was partially closed.

On Wednesday morning, Donald Trump and Prime Minister Justin Trudeau closed the border between their two countries, except for travel deemed essential and goods, with the US president hoping to be able to reopen it in 30 days.

Air Canada said Wednesday it would gradually suspend its international and cross-border US flights because of "decisions of national governments, notably Canada and the United States, to close the borders and restrict commercial air transport".

"The restrictions on travel imposed by governments worldwide, while understandable, are nonetheless having a cataclysmic effect upon the global airline industry," chief executive Calin Rovinescu said.

Subject to other government "restrictions", Canada's largest airline intends to maintain "a limited number" of US and international flights departing from certain Canadian cities after April 1, the airline's statement said.

Its international network will shrink from 101 to six airports, with its Canada-US network down from 53 airports to 13. It will continue servicing around 40 domestic airports.

Two days ago the company announced a 50 percent reduction in passenger capacity in the second quarter from last year due to lower traffic and revenue as a result of the pandemic, which has claimed more than 8,000 lives globally and infected at least 160,000 people.