WORLD Air continues to be "severely" polluted in Delhi

Air continues to be "severely" polluted in Delhi

NEW DELHI, Nov. 3 (Xinhua) -- Air pollution levels continued to be in the "severe plus" category in many parts of the Indian capital on Sunday, though early morning showers gave people the hope of some respite. 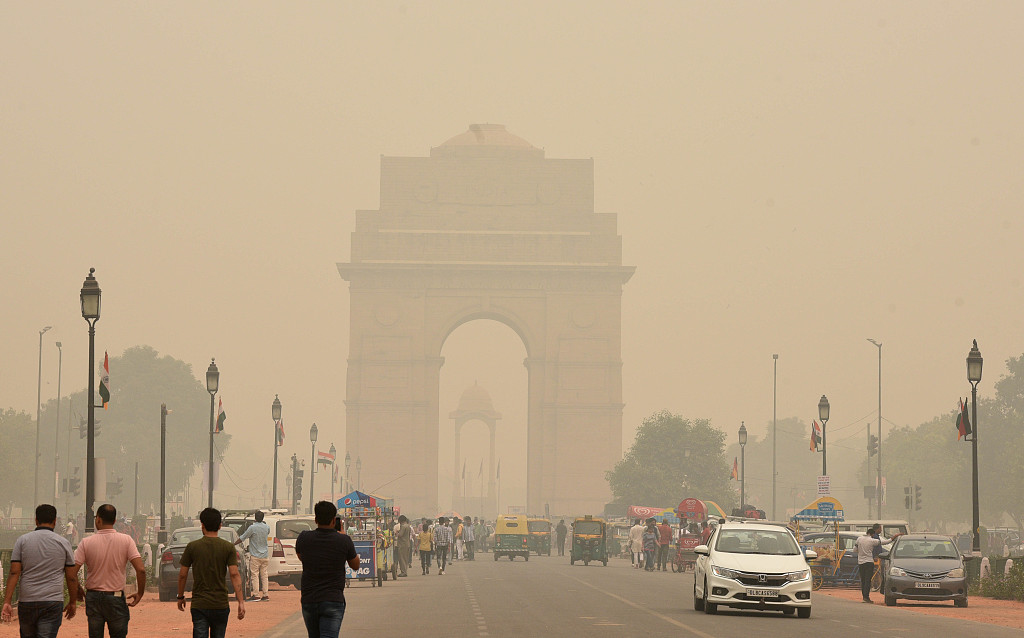 The India Gate monument engulfed in smog at Rajpath, on November 2, 2019 in New Delhi. (Photo: VCG)

According to the latest figures, the Air Quality Index (AQI) in Delhi was recorded at 999 at several places. The acceptable AQI level is below 200.

Following the dangerous levels of air pollution, the Delhi government on Sunday issued a health advisory to help people fight the severe air pollution level plaguing the national capital for the past few days.

Schools in the Indian capital and adjoining cities of Gurugram and Faridabad (both falling in neighbouring state of Haryana) have been shut for Monday and Tuesday on account of high air pollution levels.

Calm winds since Saturday evening supposedly led to accumulation of pollutants in the air. The major source of pollutants was the burning of stubble (crops residue) by farmers in adjoining states of Haryana and Punjab.

Due to the poor visibility in Delhi, as many as 37 flights were diverted from landing at the Delhi airport between 9:00 to 13:00 hours.

At 11:00 hours the overall Air Quality Index (AQI) was recorded 483, which comes under the "severe" category.

The N-95 anti-pollution masks had been procured and issued to the personnel. The personnel will wear the mask till air quality improves, said media reports quoting a CISF statement.

According to latest reports, at 17:25 hours, major pollutants PM 2.5 & PM 10 were recorded at 500, which is categorised in the "severe" category, in Lodhi Road area.

Meanwhile, Chief Minister of northern state of Punjab Amarinder Singh initiated action against over 2900 farmers over stubble burning. As many as 20,729 cases of stubble burning were reported till November 1 in Punjab, said media reports.