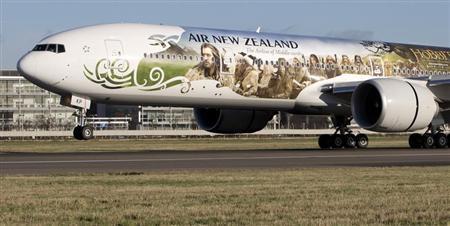 Air New Zealand warned on Monday flights in and out of New Zealand faced major disruptions this week due to Cyclone Gita, set to hit the country on Tuesday, and encouraged passengers to defer traveling.

“We are anticipating significant disruption to our domestic network as well as some international services over the coming week,” the airline said in a travel alert on its web site.

Air New Zealand said it would not reimburse passengers for any costs or penalties like hotels and meals if flight schedules were disrupted.

“Any customer who chooses to commence their journey as planned must be advised that they do so at their own risk,” the airline said.

New Zealand’s MetService issued severe weather warnings for most of the country’s South Island, expected to be hit by heavy rain and gale-force winds, while it said western areas of the North Island will face strong northerly winds.

Cyclone Gita hit the Pacific island nations of Fiji and Tonga last week, packing winds up to 275 km per hour and causing widespread destruction and flooding. It earlier caused extensive damage in Samoa and American Samoa.

Authorities along the country’s remote West Coast were meeting on Monday evening to decide whether to declare a state of emergency for the region, parts of which were still reeling from a huge storm that hit at the start of February.