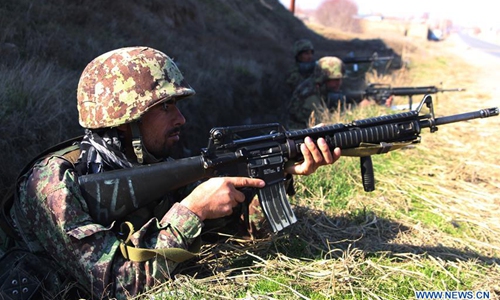 MAZAR-I-SHARIF, Afghanistan, March 31 (Xinhua) -- Three militants have been killed and four others injured in an air raid by Afghan government forces targeting a Taliban hideout in Charbolak district of the northern Balkh province, said an army statement released here on Wednesday.

No casualties were reported in the security personnel and civilians in the air raid conducted on Tuesday, the statement added.

There have so far been no comments on the incident made by the Taliban militants who are active in parts of Balkh province with Mazar-i-Sharif as its capital, 305 km north of the national capital Kabul.