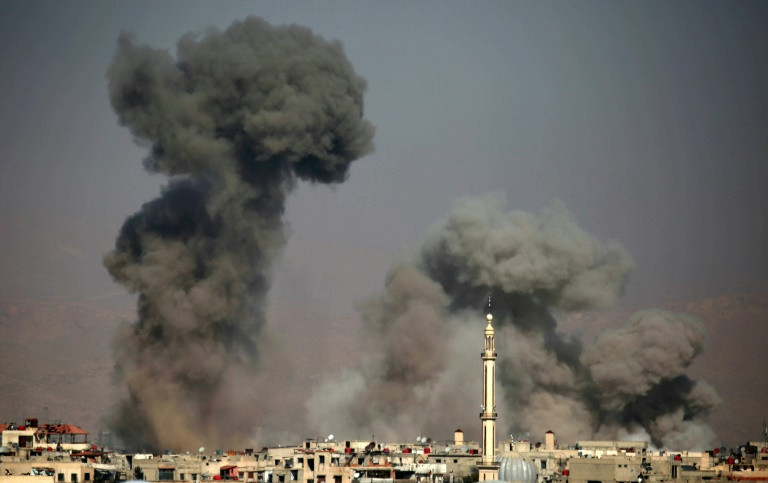 Plumes of smoke billow over the rebel-held Syrian town of Erbin on February 7, 2018 as air strikes pummel the Eastern Ghouta enclave

Fresh air strikes hit the Syrian rebel enclave of Eastern Ghouta on Friday, AFP correspondents reported, the fifth straight day of a bombing campaign that has killed more than 220 civilians.

World powers failed to back an appeal by UN officials for a month-long ceasefire to allow for desperately needed aid deliveries and medical evacuations.

Residents had taken advantage of the lull to begin clearing rubble from their doorsteps and sweeping away broken glass.

In Douma, some civilians were seen scouring for salvageable items, while others rushed to the market to find food and other supplies.

But around mid-morning, an announcement blasted over mosque minarets warned of incoming strikes: "Surveillance plane in the sky. Clear the streets." 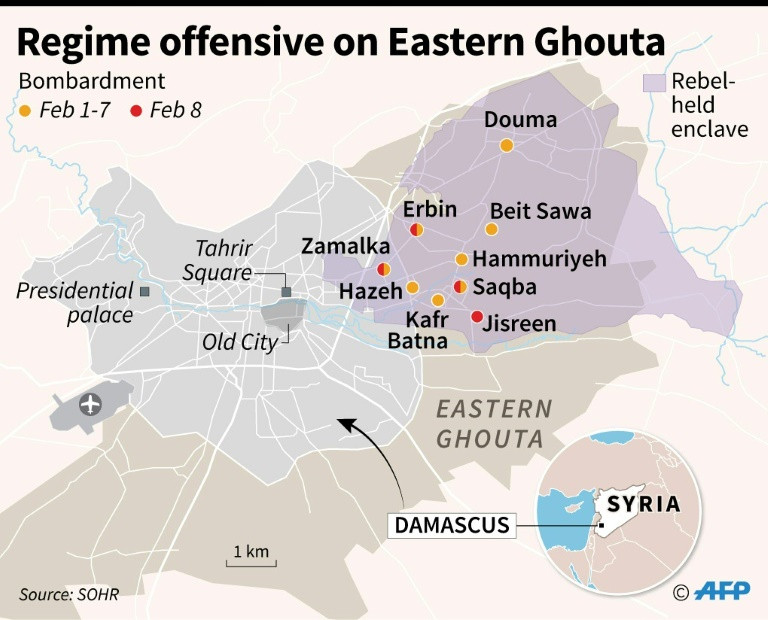 Soon after, twin strikes hit the town of Erbin, where two dozen people were killed on Thursday.

Medics in the town reported being overwhelmed by the relentless bombardment.

"From 2011 until now, there has never been the level of bombardment we've seen in the last 96 hours," said Hamza, one of doctors treating the wounded.

The Syrian Observatory for Human Rights said at least 75 people died on Thursday, three of wounds suffered the previous day.

That brought the civilian death toll since Monday to nearly 230.

Eastern Ghouta is home to an estimated 400,000 people who have lived under crippling government siege since 2013.

More than 4,000 families live in basements and bunkers for fear of air strikes, according to Save the Children. 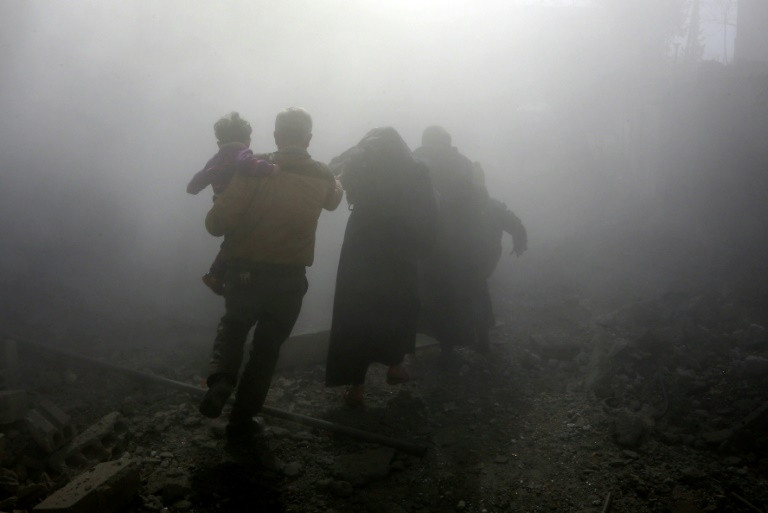 A family runs for cover through the dust cloud kicked by an air strike on the rebel-held Syrian town of Jisreen, on February 8, 2018

"The siege means there is nowhere for them to escape. There must be an immediate halt to the fighting and an end to the siege," said Save the Children's Syria response director, Sonia Khush.

CARE International said the intensity of the air strikes had made it extremely difficult for relief workers to assist the needy.

"Our partners are having a hard time moving around, so how can they reach vulnerable people?" the group's communications director for Syria, Joelle Bassoul, asked.

"If there is no ceasefire, if this is all left unheard, we cannot imagine the scale of the humanitarian disaster," she said.

Eastern Ghouta is supposed to be one of four "de-escalation zones" declared last year in a bid to reduce the bloodshed.

UN aid officials appealed for a month-long humanitarian truce to allow aid to be delivered and the sick and wounded brought out for treatment.

But on Thursday the Security Council failed to support the proposal.

Washington backed it but Damascus ally Moscow dismissed it as "not realistic.".

US Defence Secretary Jim Mattis said the coalition acted in self-defence after pro-Damascus forces moved on an area under the control of the US-backed Syrian Democratic Forces.

At least 100 pro-regime fighters were killed, a US military official said. 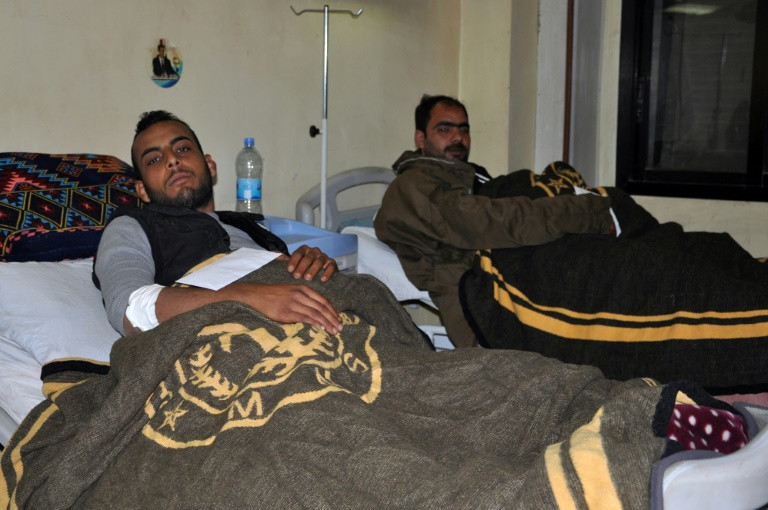 Wounded pro-regime fighters receive treatment in the Syrian city of Deir Ezzor on February 8, 2018 after US-led air strikes which Russia described as "criminal"

The Syrian foreign ministry condemned the bombardment as a "war crime," an accusation echoed by the Russian ambassador to the UN.

"To confront those who really fight international terrorism on the ground in Syria is criminal," Vassily Nebenzia said.

Wounded fighters were taken to the military hospital in the government-controlled eastern city of Deir Ezzor.