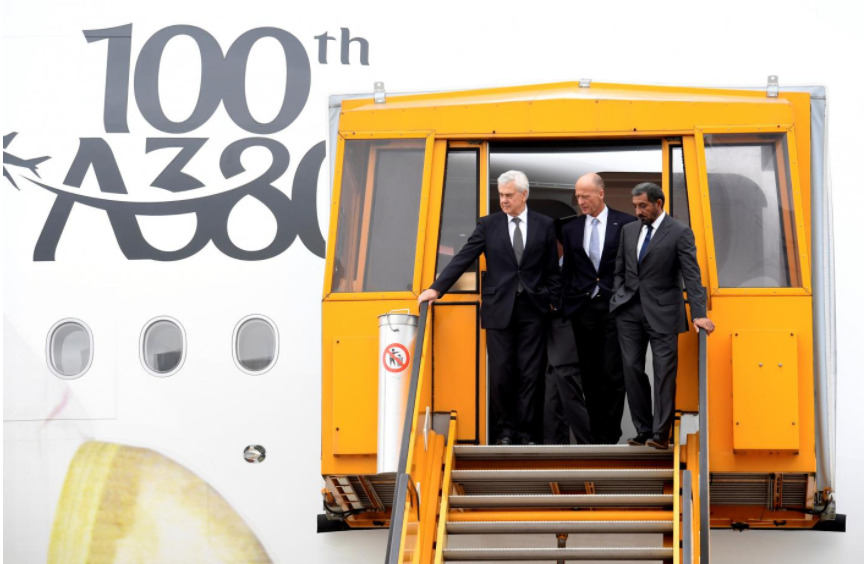 Airbus is drawing up contingency plans to phase out production of the world’s largest jetliner, the A380 superjumbo, if it fails to win a key order from Dubai’s Emirates, three people familiar with the matter said.

The moment of truth for the slow-selling airliner looms after just 10 years in service and leaves one of Europe’s most visible international symbols hanging by a thread, despite a major airline investment in new cabins unveiled this month.

“If there is no Emirates deal, Airbus will start the process of ending A380 production,” a person briefed on the plans said. A supplier added such a move was logical due to weak demand.

Airbus and Emirates declined to comment. Airbus also declined to say how many people work on the project.

Any shutdown is expected to be gradual, allowing Airbus to produce orders it has in hand, mainly from Emirates.

It has enough orders to last until early next decade at current production rates, according to a Reuters analysis.

The A380 was developed at a cost of 11 billion euros to carry some 500 people and challenge the reign of the Boeing 747.

But demand for these four-engined goliaths has fallen as airlines choose smaller twin-engined models, which are easier to fill and cheaper to maintain.

Emirates, however, has been a strong believer in the A380 and is easily the largest customer with total orders of 142 aircraft, of which it has taken just over 100.

Talks between Airbus and Emirates over a new order for 36 superjumbos worth $16 billion broke down at the Dubai Airshow last month. Negotiations are said to have resumed, but there are no visible signs that a deal is imminent.

Although airlines such as British Airways have expressed interest in the A380, Airbus is reluctant to keep factories open without the certainty that a bulk Emirates order would provide.

Emirates, for its part, wants a guarantee that Airbus will keep production going for a decade to protect its investment. 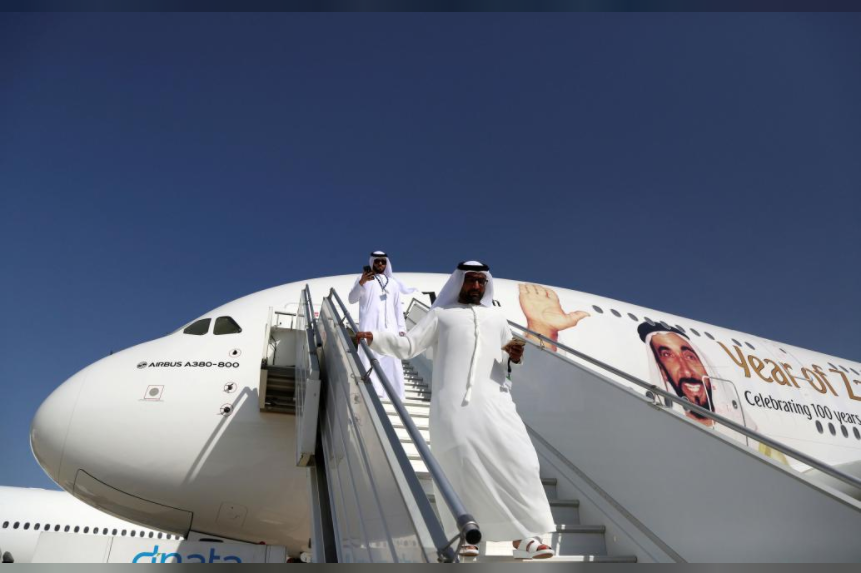 Visitors walk down an Airbus A380 during the Dubai Airshow in Dubai, United Arab Emirates November 13, 2017. Photo: REUTERS/Satish Kumar

A decision to cancel would mark a rupture between Airbus and one of its largest customers and tie Emirates’ future growth to recent Boeing orders. European sources say that reflects growing American influence in the Gulf under President Donald Trump, but U.S. and UAE industry sources deny politics are involved.

There are also potential hurdles to a deal over engine choices and after-sales support.

Yet if talks succeed, European sources say there is a glimmer of hope for the double-deck jet, which Airbus says will become more popular with airlines due to congestion.

Singapore Airlines, which first introduced the A380 to passengers in 2007, showcased an $850 million cabin re-design this month and expressed confidence in the model’s future.

Airbus hopes to use an Emirates order to stabilise output and establish a safety net from which to attract A380 sales to other carriers, but has ruled out trying to do this the other way round, industry sources said.

But based on airlines’ intentions or finances, 47 of those are unlikely to be delivered, according to industry sources, which halves the number of jets in play.

Airbus needs to sell at least another 30 to keep lines open for 10 years and possibly more to justify the price concessions likely to be demanded by any new buyers.

If Airbus does decide to wind down production, some believe Emirates will ask Airbus to deliver the remaining 41 it has on order and then keep most A380s in service as long as possible.

Even so, some A380s are likely to be heading for scrap.