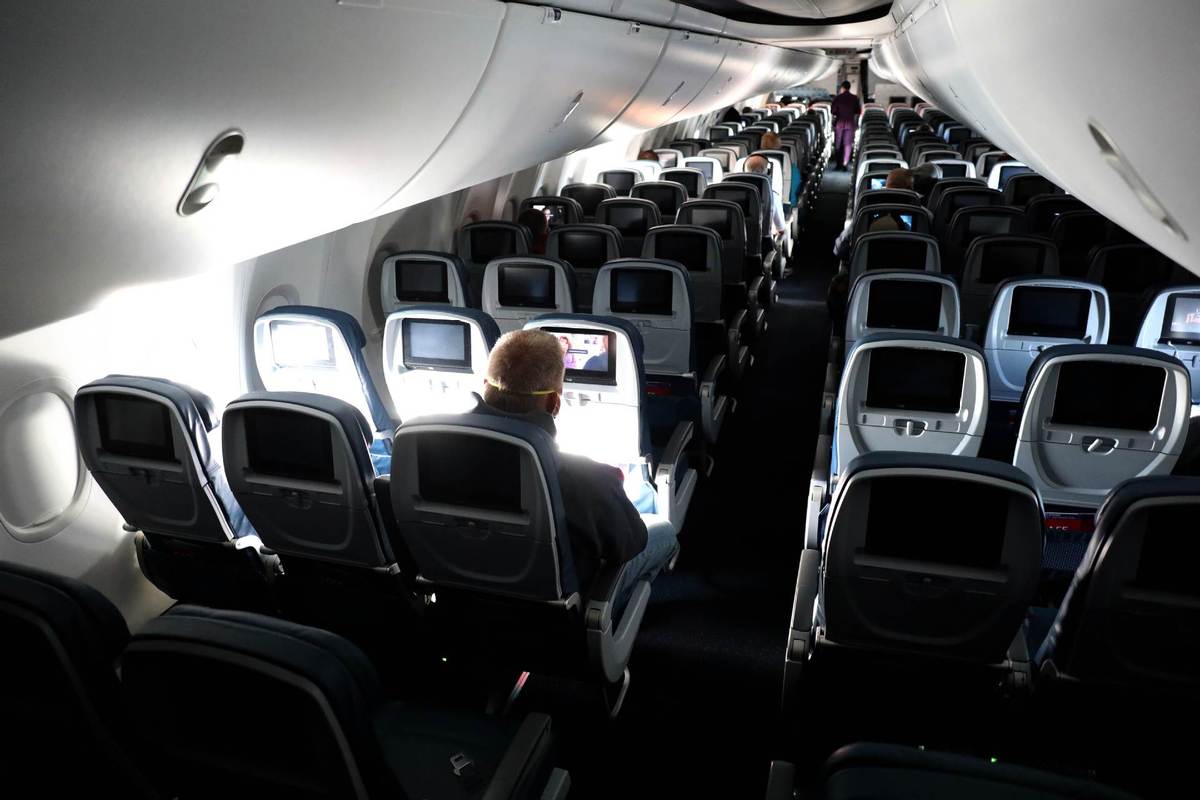 Passengers are seen in a cabin mid-flight on a Baltimore, Maryland bound Delta flight from Hartsfield-Jackson Atlanta International Airport on April 20, 2020 in Atlanta, Georgia. The airline industry has been hit hard by the COVID-19 pandemic, forcing the cancellation and consolidation of flights across the globe. (Photos: Agencies)

Airlines are making plans to fly jets only two-thirds full when travel restrictions are lifted, amid fears that it will take up to two years for the aviation industry to recover from the novel coronavirus crisis.

There will be no quick rebound from the pandemic, according to the International Air Transport Association, or IATA. Global airline revenues are forecast to drop by more than half-$314 billion－in 2020, and it warned that the industry's "outlook grows darker by the day".

The IATA said carriers were likely to be forced to leave the middle seat vacant when normal commercial flights resume to maintain social distancing.

The most common single-aisle jets, used for short-haul flights, would cut seats available from 180 to 120, which could mean higher prices for passengers.

The trade association's latest estimate adds a further $62 billion of lost revenue to its previous assessment in late March.

It is almost three times worse than its "worst-case scenario" from five weeks ago, with around 95 percent of international passenger traffic now lost due to travel restrictions. 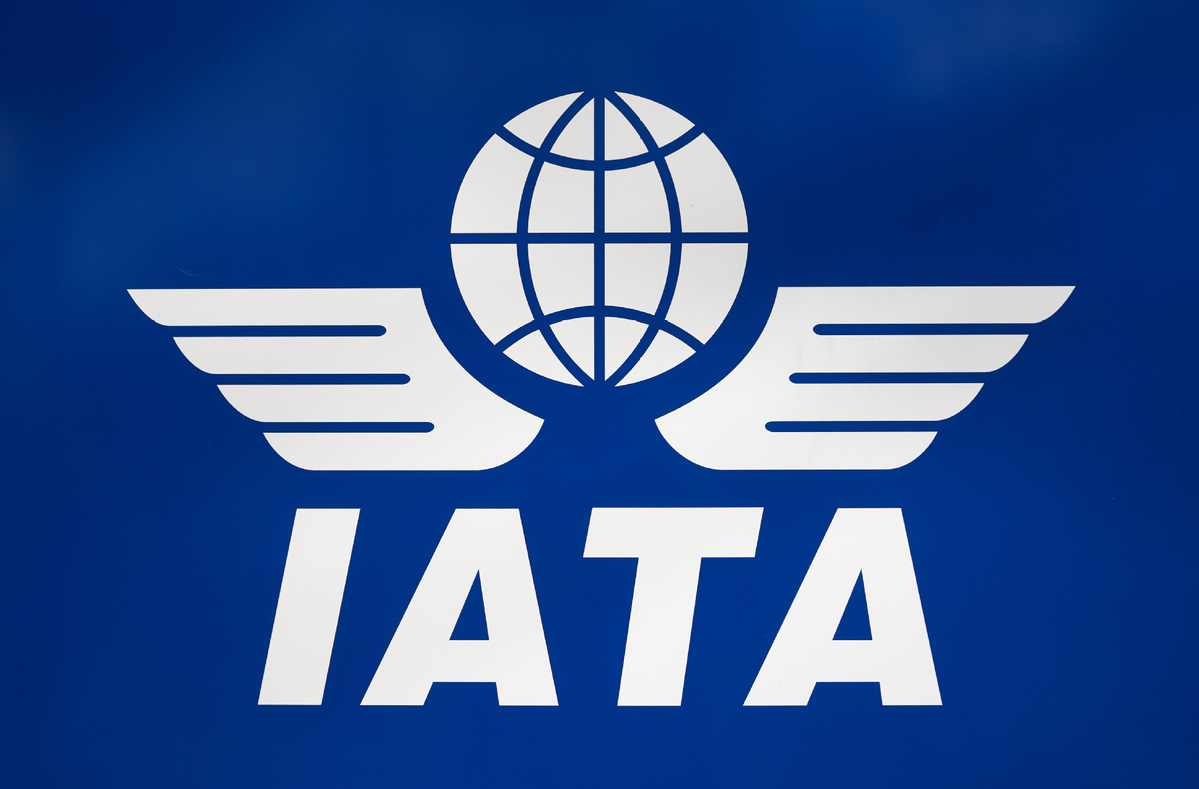 A logo of the International Air Transport Association (IATA) is pictured on the consequences of the outbreak of the coronavirus disease (COVID-19) in Geneva, Switzerland, on March 13, 2020.

The association also described "worrisome" signs of governments "doubling down" on international travel restrictions even when lifting lockdowns.

Low-cost carrier Wizz Air said it is making plans to fly jets only two-thirds full to allow more space between passengers, and that such measures could blight profitability long after travel restrictions end.

Alexandre de Juniac, IATA's director-general, said leaving the middle seat vacant was among likely conditions for a resumption of air travel to be discussed with governments in a series of coordinated meetings around the world.

Operating aircraft with more seats has been a "key element of profitability for airlines", which typically break even above 75 percent seat occupancy, he told Reuters.

"The scale of the crisis makes a sharp V-shaped recovery unlikely. Realistically, it will be a U-shaped recovery with domestic travel coming back faster than the international market," he said.

He confirmed that about 25 million jobs worldwide supported by aviation were at risk, adding: "Several governments have stepped up with new or expanded financial relief measures but the situation remains critical. ... Without urgent relief, many airlines will not survive to lead the economic recovery."