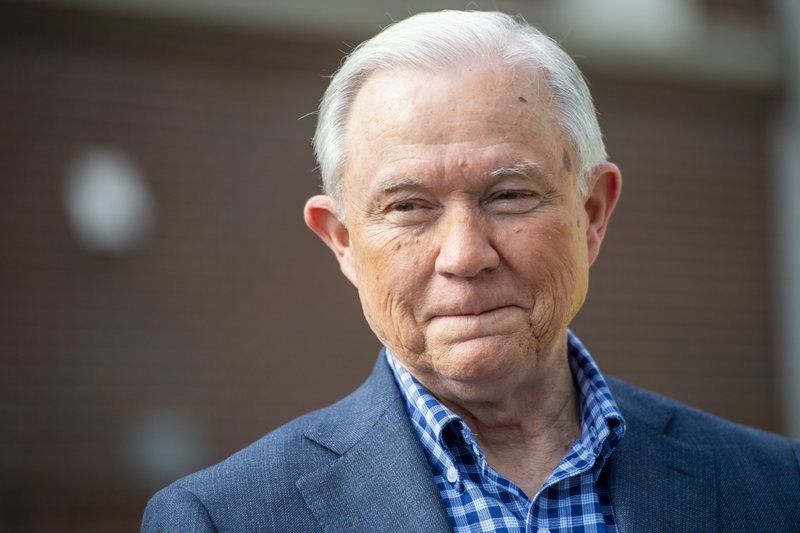 Jeff Sessions talks with the media after voting in Alabama's primary election, Tuesday, March 3, 2020, in Mobile, Ala. (Photo: AP)

Alabama is postponing its Republican primary runoff between two US Senate candidates because of the coronavirus, the governor announced Wednesday.

The runoff between former US Sen. and ex-US Attorney General Jeff Sessions and former Auburn University football coach Tommy Tuberville will now be held on July 14, Ivey said. The winner of the GOP runoff will face Democratic .S. Sen. Doug Jones in November. The delay also affects primaries for state and local races.

Five other states also have postponed their primaries because of the coronavirus pandemic: Georgia, Kentucky, Louisiana, Maryland and Ohio. In announcing the decision, Ivey noted the White House recommendation that people avoid gatherings of 10 or more people.

“We would be taking a human health risk just by having people stand in line waiting to vote,” she said. “I’m also aware that our faithful poll workers are often retired and many among those have the highest risk.”

Alabama has 46 confirmed case of coronavirus, according to the Alabama Department of Public Health, which has cautioned that the number of people carrying the virus is probably higher.

Sessions is seeking to reclaim the Senate seat he held for 20 years before becoming President Donald Trump’s first attorney general. He stepped down from that post when his relationship with Trump soured over his recusal from the investigation into Russian interference in the 2016 election.

Sessions has been forced into a tight primary runoff. Tuberville led in the initial round, taking 33% of the vote to Sessions’ 31%.

Unlike some states, Alabama does not have early or “no excuse” absentee voting. Alabama Secretary of State John Merrill said voters who request an absentee ballot can check the “illness” box if they are concerned about contracting or spreading illness at the polls during the July 14 runoff.

The governor, in urging people to maintain social distancing, practiced what she preached at a news conference Wednesday by standing apart from Merrill and Attorney General Steve Marshall. Reporters were directed to sit in chairs spaced about 6 feet (1.8 meters) apart.

“Avoid large gatherings, even family and friends, and if you can, please stay home,” Ivey said.