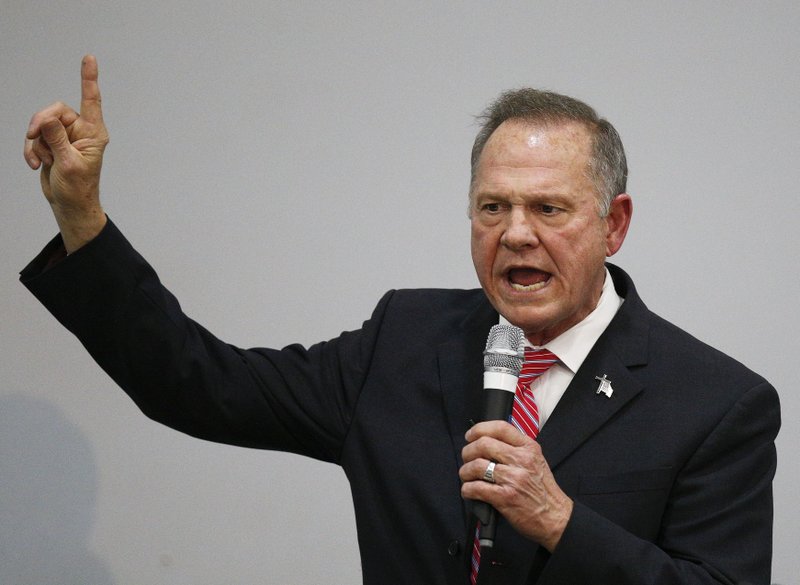 The Latest on Republican Roy Moore and the special U.S. Senate election in Alabama (all times local):

The Alabama Republican Party says it stands with GOP Senate candidate Roy Moore, breaking ranks with national Republicans who have called for him to step out of the race amid sexual misconduct allegations.

Lathan says that the 70-year-old Moore has denied the allegations and that “Alabamians will be the ultimate jury in this election.”

Two women have accused Moore of sexual misconduct when they were ages 14 and 16 and he was in his 30s. Others said Moore attempted to date them as teens.

Republican Alabama Senate candidate Roy Moore is calling accusations of sexual misconduct against him “scurrilous and false,” but he declined to take questions from reporters about them.

Moore says the accusations are “not only untrue but they have no evidence.” He says he will be staying in the race despite calls from fellow Republicans to step down.

Religious and conservative allies of Moore held a Thursday news conference to show support for the candidate.

Conservative commentator Alan Keyes, abortion-rights opponents and others spoke in support of Moore.