WORLD Alabama to choose senator in test for scandal-buffeted Republicans

Alabama to choose senator in test for scandal-buffeted Republicans 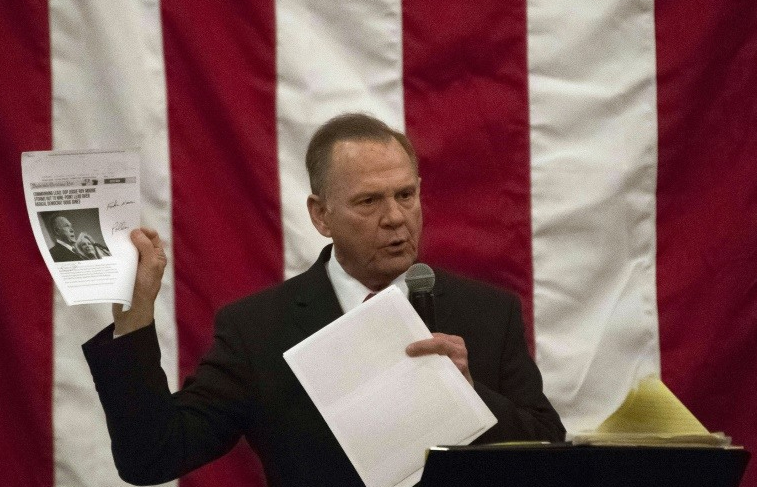 After weeks of scandal and Republican Party hand-wringing, Alabama voters head to the polls Tuesday in a Senate contest between a Republican accused of once preying on teenage girls, and a Democrat seeking an upset win in this deeply conservative state.US President Donald Trump has made the special election a test of his brand of populism by urging loyalists to elect Republican firebrand Roy Moore, an ultra-conservative former judge who has been the focus of the race from the start.Moore, who wants to bring his religious activism to the US Senate, has for the past month been fighting accusations he fondled two underage girls in the late 1970s when he was a state prosecutor in his 30s.The scandal has put a Senate seat from Alabama within reach of Democrats for the first time in a quarter century.And it has created a major headache for Republicans. The party's leaders and members of Congress called on Moore to step down after the allegations first surfaced, to no avail. Now, regardless of the outcome, they face a no-win situation.If Moore wins, the Republican brand risks being sullied by association with the judge, particularly at a moment when the country is in the midst of a social upheaval over sexual harassment and the right of victims to be heard."Roy Moore will be the gift that keeps on giving for Democrats," Senator Lindsey Graham, a Republican from South Carolina, told CNN. If Moore loses, Republicans will see their US Senate majority eroded, slipping from 52 to 51 seats out of 100 and reducing the GOP's margin for maneuver to the bare minimum.To protect that precious seat, Trump ultimately endorsed Moore - throwing caution to the wind for the 2018 mid-term elections, and for the party's image."I need Alabama to go vote for Roy Moore," Trump said in a robo-call to Alabama voters on Monday.