WORLD Alabama to execute inmate, 83, oldest in modern US history

Alabama to execute inmate, 83, oldest in modern US history 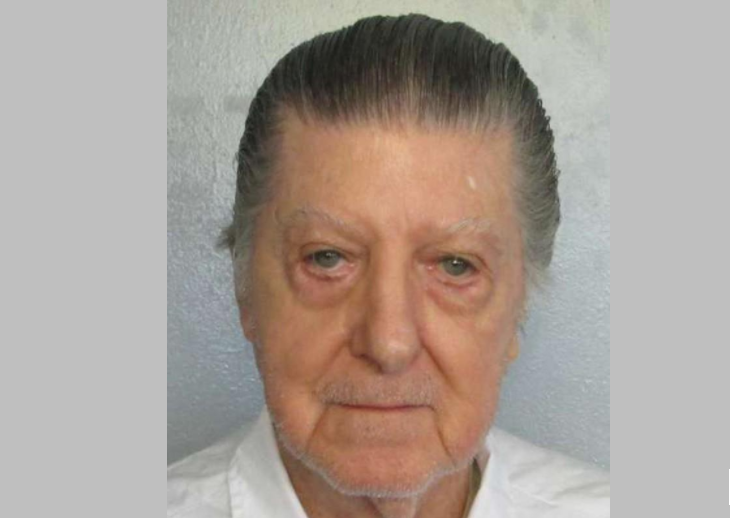 Death row inmate and convicted pipe bomb killer Walter Moody, scheduled to be executed at the William C. Holman Correctional Facility in Atmore, Alabama, US on April 19, 2018, is seen in this undated photo. (Photo: Reuters)

Alabama is set on Thursday to execute an 83-year-old convicted pipe-bomb killer, said to be the oldest person put to death in the modern era of US capital punishment.

The execution of Walter Moody is planned for 6 p.m. CDT (2300 GMT) at the William C. Holman Correctional Facility in Atmore. It would be the eighth this year in the United States.

If the execution is carried out, Moody would replace John Nixon, who was 77 when put to death in December 2005 in Mississippi, as the oldest person executed since the US Supreme Court reinstated the death penalty in 1976, according to the Death Penalty Information Center, which monitors US capital punishment.

Moody was convicted of mailing a bomb in 1989 that killed US Circuit Court Judge Robert Vance, 58, and another explosive that killed Georgia civil rights attorney Robert Robinson.

Prosecutors have said Moody sent the bomb to the judge in anger over a 1972 bomb conviction that Moody felt derailed his career, and sent the other to the civil rights lawyer to confuse investigators.

Moody, who has spent more than 20 years on death row, has maintained his innocence and his lawyers have not yet used his age in appeals seeking to halt the execution. He has applied for clemency at the state level.

A last-minute appeal to spare Moody’s life was filed with the US Supreme Court, challenging whether the 11th US Circuit Court of Appeals could provide him with equal protection of the law as required by the US Constitution.

The judge killed by the bomb was on the 11th Circuit and many judges on the court recused themselves from Moody’s case. The writ said all judgments by the court in Moody’s case made prior to the recusals should be vacated.

Age and poor health were major factors in a botched execution in Alabama earlier this year when the state tried to put to death Doyle Hamm, 61, who had terminal cancer and severely compromised veins.

The execution was called off while Hamm was on a death chamber gurney and medical staff could not place a line for the lethal injection.

Lawyers for Hamm called on the state not to try to execute him again and reached a settlement with Alabama in March that legal sources said would keep him out of the death chamber.