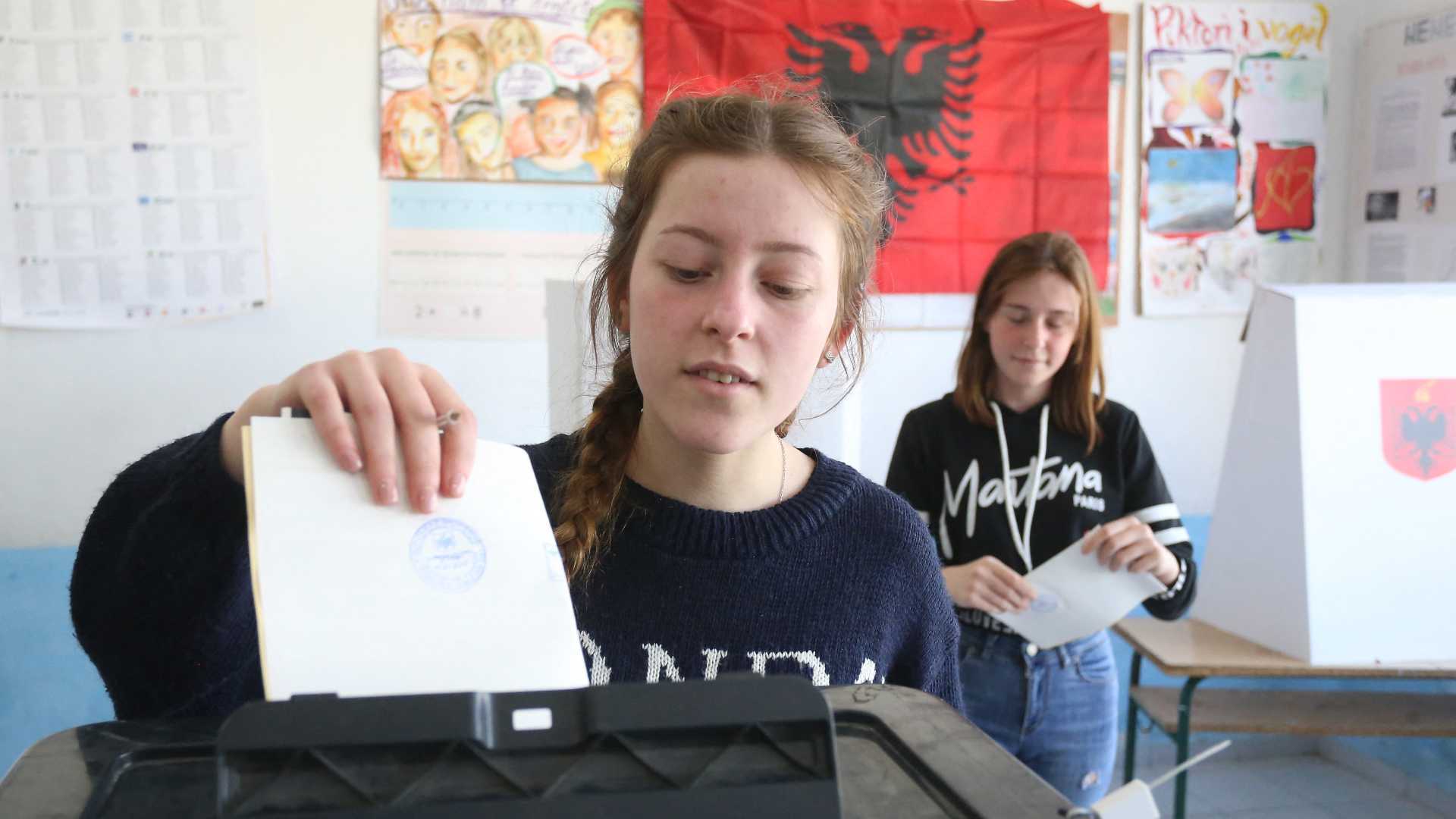 A woman casting her vote in Albania's national election on Sunday. /AFP/Gent Shkullaku

Albania's Socialist Party is on course to return to power as votes are counted following the country's general election on Sunday – a result that would give a third term for the country's Prime Minister Edi Rama.

Around a third of the votes have been counted after Sunday's election, which had a 48 percent turnout and Rama's party is in the lead with 50 percent of the votes.

The center-right opposition Democratic Party is in second place, with 39 percent of the counted votes.

An exit poll conducted by Euronews Albania from the MRB, part of the London-based Kantar Group, predicted the final result would see the Socialist Party winning 46 percent of the vote, while the Democratic Party would finish with 42 percent of the vote.

With that percentage, the Socialists would win 71 seats, allowing it to govern without forming a coalition.

Albania has been an EU candidate since 2014 and this election is seen as a way to push for talks to join the bloc. As such, the election was closely watched by Brussels.

Both the U.S. and the EU have urged calm after a gunfight between Socialist and Democratic supporters last week left one person dead and four people injured.

Albania is currently one of Europe's poorest countries.

Foreign observers from the Organization for Security and Cooperation in Europe and Western embassies are overseeing the election and the official results are expected by Tuesday.