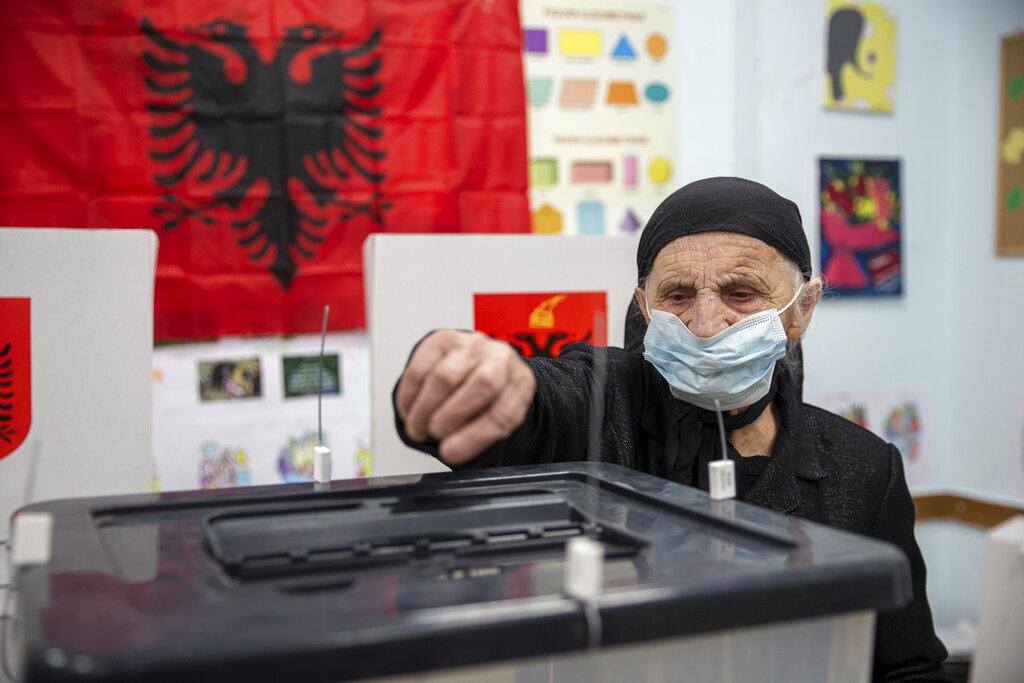 The first results of the exit poll published by Euronews Albania showed that the ruling Socialist Party wins 67 to 71 seats out of the 140 seats in the parliament, followed by the main opposition Democratic Party, which wins 61 to 65 parliament seats.

The Socialist Movement for Integration party wins six to eight seats in the parliament and the Social Democratic Party wins one to two seats.

The results of the exit poll have come out of the citizens who were asked on Sunday about their political choice, while maintaining anonymity.

MRB representative Dimitris Mavros said that the result from the exit poll data showed a very close competition between the Socialist Party and the main opposition Democratic Party.

There were nearly 3.6 million eligible voters for the elections, including those living overseas. The voting turnout at national level, according to official data published by the Central Election Commission, was about 48 percent.

Speaking at the end of the voting, the head of the Central Election Commission Ilirjan Celibashi said that the voting process went in accordance with the electoral code.

The voting process is considered crucial for Albania as the Balkan country seeks to launch full membership negotiations with the EU later this year.

Over 23,000 Albanians currently positive with COVID-19 are prohibited from voting due to isolation requirements.