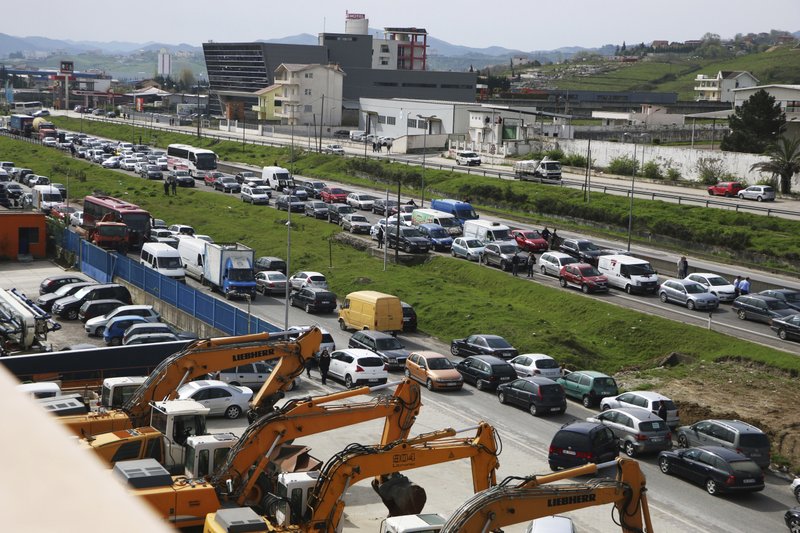 Albania’s opposition on Thursday blocked the country’s main highway junctions in an anti-government protest, accusing officials of links to organized crime and of increasing both taxes and poverty.

Miles of vehicles were seen at a standstill on the Tirana to Durres highway and at the other three junctions. Only emergency vehicles were allowed through until the roads reopened some two hours later.

“The government should give to Albanians the prospect of a government that serves them and not a group of oligarchs, putting behind bars the people and releasing the criminals,” he said.

Police said they didn’t receive any protest requests and considered the gatherings illegal.

The opposition has the support of angry residents of the northeastern district of Kukes, who last weekend burned down toll booths and scuffled with police to protest against high tariffs for the country’s first toll road.

The prime minister was determined that the toll road should begin operating soon, adding that the country was paying $42 million (€34 million) every year for the credit used to build that road segment.

The Democrats suffered a landslide loss in last year’s vote, securing only 43 seats in the 140-seat parliament.

Albania, a NATO member since 2009, was granted EU candidate status in 2014 and hopes to launch negotiations this year.