TOKYO, Nov. 18 (Xinhua) -- The Japan Meteorological Agency (JMA) on Monday raised the alert level for a volcano in southwest Japan after increasing seismic activity was recorded in the area. 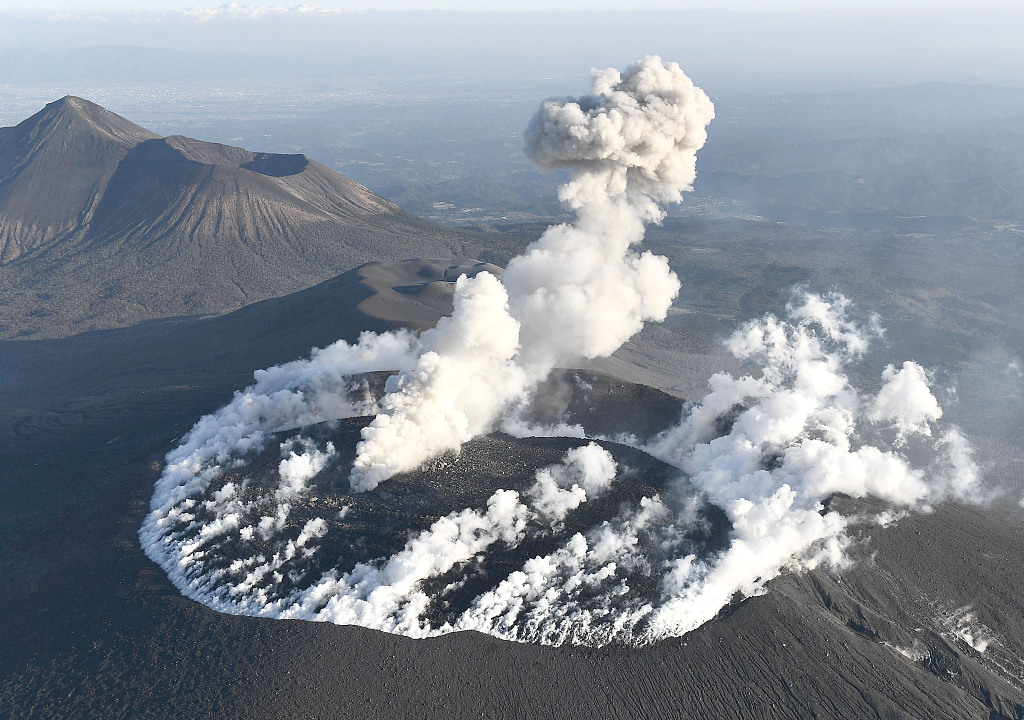 The JMA has raised the alert level for Mt. Shimmoe on the southwestern Japanese main island of Kyushu to 2 on the scale which peaks at 5.

The new alert level warns people not to approach the crater of the 1,421-meter high volcano located in the Kirishima mountain range.

The weather agency here said the alert level was raised owing to the 22 instances of earthquakes being detected as originating directly beneath the crater between midday Sunday and 5 a.m. on Monday.

The JMA has warned that the volcano, which straddles both Kagoshima and Miyazaki prefectures, could potentially erupt and launch rocks as far as two kilometers from its crater.

There is also a risk of pyroclastic flows within one km of the crater, the agency also warned.

One of the most active volcanoes in Japan along with around 50 others, Mt. Shimmoe is under constant monitoring for increased seismic activity and potential eruptions.