Russia’s space agency says Alexei Leonov, the first human to walk in space 54 years ago, has died in Moscow. He was 85. 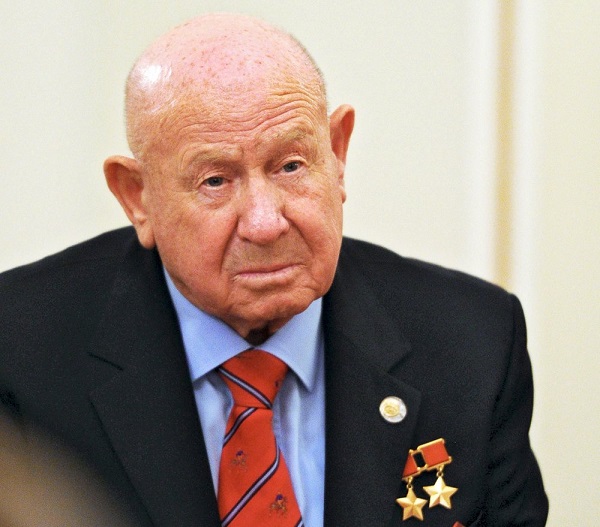 In this Friday, June 14, 2013 file photo, Russian cosmonaut Alexei Leonov, who made the first spacewalk in 1965, attends a meeting with Russian President Vladimir Putin in the Novo-Ogaryovo residence outside Moscow, Russia. (Photo: AP)

Roscosmos says in a statement on its website that Leonov died on Friday. It did not provide details.

Leonov performed his spacewalk on March 18, 1965, when he exited his Voskhod 2 capsule, secured by a tether.

On his second trip to space ten years later, Leonov commanded the Soviet half of the Apollo-Soyuz 19 mission. It was the first joint space mission between the Soviet Union and the United States, carried out at the height of the Cold War.

The cosmonaut turned 85 in May. Several days before that, two Russian crewmembers on the International Space Station ventured into open space on a planned spacewalk with stickers attached on their spacesuits paying tribute to him, and congratulated him from space.

Roscosmos said Leonov would be buried Tuesday at a military memorial cemetery outside Moscow.