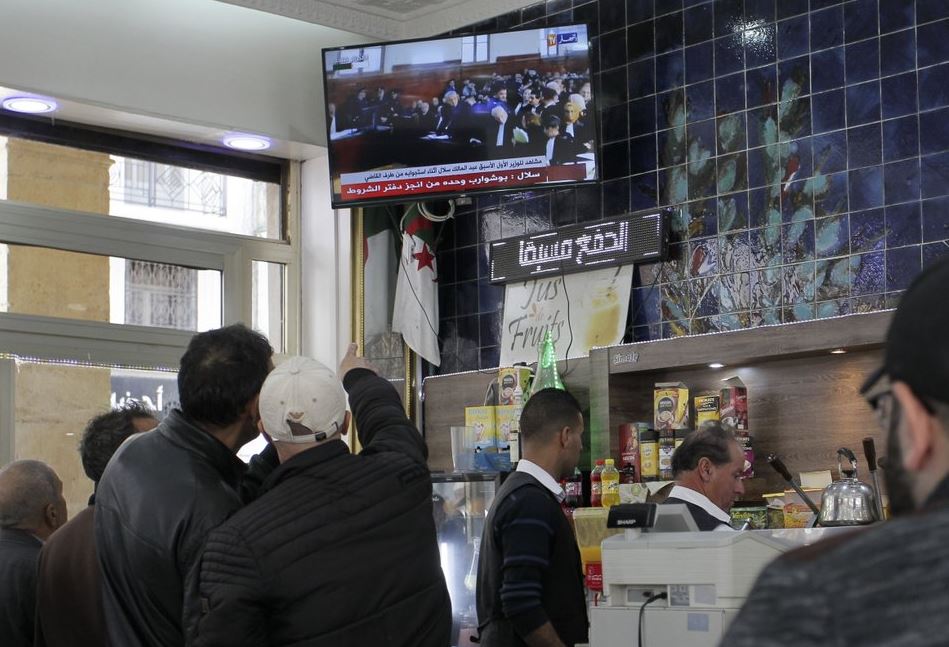 Two former Algerian prime ministers went on trial Wednesday on corruption charges, in the most high-profile act of transparency and accountability since a pro-democracy movement pushed out the long-serving president.

The exceptional trial, which is being televised and also involves several other former Algerian power players, comes at a time of renewed political tensions in the oil and gas-rich country, a week ahead of a controversial election to replace President Abdelaziz Bouteflika.

Ahmed Ouyahia, who was forced out as prime minister in March as protests against Bouteflika escalated, and his predecessor Abdelmalek Sellal, testified Wednesday at the Sidi M’Hamed court in Algiers.

Both are charged with “corruption and the misappropriation of public funds” and both deny any wrongdoing.

The Dec. 12 presidential election is looming over the trial. Algerians are voting for a new president after Bouteflika, who was in office for two decades, was forced out in April.

The trial was boycotted by defense lawyers, who stayed away because they felt conditions were not met for a fair trial.

Algerian authorities are hoping the trial helps convince the public that they are serious about fighting corruption and reforming themselves — and persuade them to go out and vote next week. Corruption is a key issue for Algeria’s peaceful, 9-month-old protest movement, which considers the election a sham because it’s organized by the existing power structure. Protesters want a whole new political system instead.

“Only the people can judge whether we have the will to combat corruption,” Justice Minister Belkacem Zeghmati told lawmakers ahead of the trial, describing the alleged corruption as “going beyond all comprehension.”

Bouteflika, whose health condition has remained a mystery since a 2013 stroke, has not been seen in public since he left power. Jeune Afrique magazine reported that he is staying in his home in Zeralda under full-time medical care.